Evil today is in such a sorry state. I remember when industrialists would conspire behind everyone’s back to pass anti-competition laws, fix prices, and rig polices in their favor. Now we have spoiled heirs of oligarchs and whining children running the show right into the ground dispelling the illusion.

While evil is in a lamentable state, it nevertheless provides us insights into the opposition of free expression in gaming, anime, movies, etc. What do I refer to?  I refer to the charade finally being dispelled by climate change activists who are now openly admitting environmentalism has nothing to do with the environment.

“That action must be powerful and wide-ranging. After all, the climate crisis is not just about the environment. It is a crisis of human rights, of justice, and of political will. Colonial, racist, and patriarchal systems of oppression have created and fueled it. We need to dismantle them all. Our political leaders can no longer shirk their responsibilities.”

“Collective action works; we have proved that. But to change everything, we need everyone.”

YouTube pundit and journalist Tim Pool did a recent video about the admission from Thunberg, revealing that the activism isn’t entirely what it was let on to be from the start.

Greta appears to have started a trend amongst the upper echelons of the Social Justice Movement, as now others are joining her call in revealing that environmentalism isn’t about the environment.

Not understanding the reason the working class supported the movement in the first place had nothing to do with pushing a social political reform. Instead it had everything to do with ensuring a better standard of living and that there would be a world for their children to inherit.

One huge drawback of nuclear power is that it doesn’t dismantle systems of oppression – it only produces clean energy. This makes it unsuitable for solving the climate crisis, which isn’t just about the environment. https://t.co/tkgWSCWbQK pic.twitter.com/Qjw3O9lm8y

Bloomberg who is now believed to be the front runner for the democrats in the 2020 election in a similar vein has come out saying taxing the poor is good for them As the lower classes simply do not possess the intelligence to manage their own lives efficiently and do what’s right for themselves. Let it sink in that the front runner for the democrats who are the party of the radical left, openly expresses elitist sentiments.

“Some people say, well, taxes are regressive. But in this case, yes they are. That’s the good thing about them because the problem is in people that don’t have a lot of money. And so, higher taxes should have a bigger impact on their behavior and how they deal with themselves.”

Talk about reaching peak privilege when you believe you can openly say you’ve lied, conned, deceived, manipulated data and facts to push Marxism and you’ll still get away with it. Juxtapose that into video games where companies claim they for diversity to masquerade the fact they’re just into it for the tax credits that can save them millions. How they want more women in gaming, which translates to hiring quota for their class of people.

It’s always been about politics and political power, but now they’re forgetting the most important rule of power: masquerade your agenda behind righteousness. In not doing so they throw away gains it took decades of clever maneuvers to achieve, decades of progressively sliding down the slippery slope. At least now they do us the favor of doing away with the charades and outright confirming what many of us have warned for years. 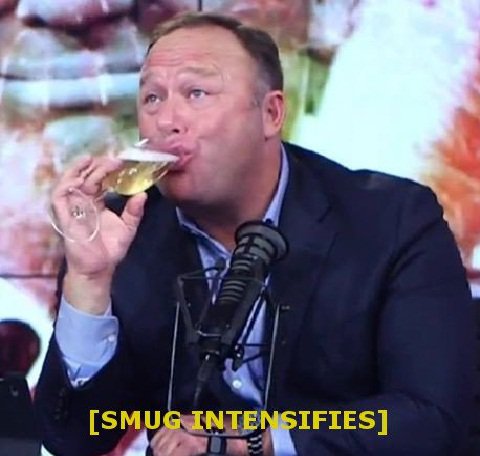