Mako joins the small but notable roster of fighters within Kill La Kill: IF sporting her two-star Goku Uniform.

There’s a short 45 second trailer that was released alongside the announcement to give gamers a look at Mako in her uniform, duking it out in the battle arena. You can check it out below.

Much like Shingo from the King of Fighters series, Mako is a cheerleading sidekick for the main protagonist, but still manages to scrape by with snagging a slot on the active fighter roster in the game.

The over-the-top comic relief is still a ripe target for Arc System Works’ thoroughly detailed approach to fan-service. You can see that even in the slight movements that Mako does she still has some boob jiggle action going on, and they don’t spare any opportunities to give gamers a peek up her skirt even in simple poses. 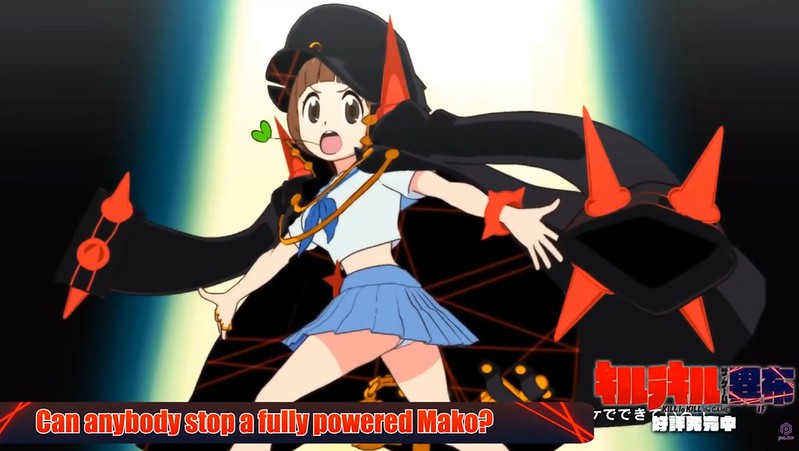 In any case, if you already own a copy of Kill La Kill: IF, you can start playing with Mako right now at no extra costs.

The game surprisingly managed to escape all the controversy and media lambastings that most other fan-service laden games receive during this time, so I’m sure PQube is thankful for not having to go through hoops to get the game unbanned or to avoid deplatforming, or having to wrestle with ratings boards to get it released.

You can grab a digital or physical copy of Kill La Kill: IF right now on PS4, or digitally via Steam for PC.