Death Stranding has been a rather polarizing game since its release. Gamers have been divided into one camp that loves the game for all its faults and the other that is either indifferent or actively hates the game. Others have found joy after they realized Kojima got Sony to write a blank check for a game that showed the true potential of the walking sim genre.

As reddit user argandg discovered, overnight over 6400 negative ratings for the game were erased from Metacritic while 78 positive ratings were added. Bringing Death Stranding’s user score up to 7.4 where it currently sits. 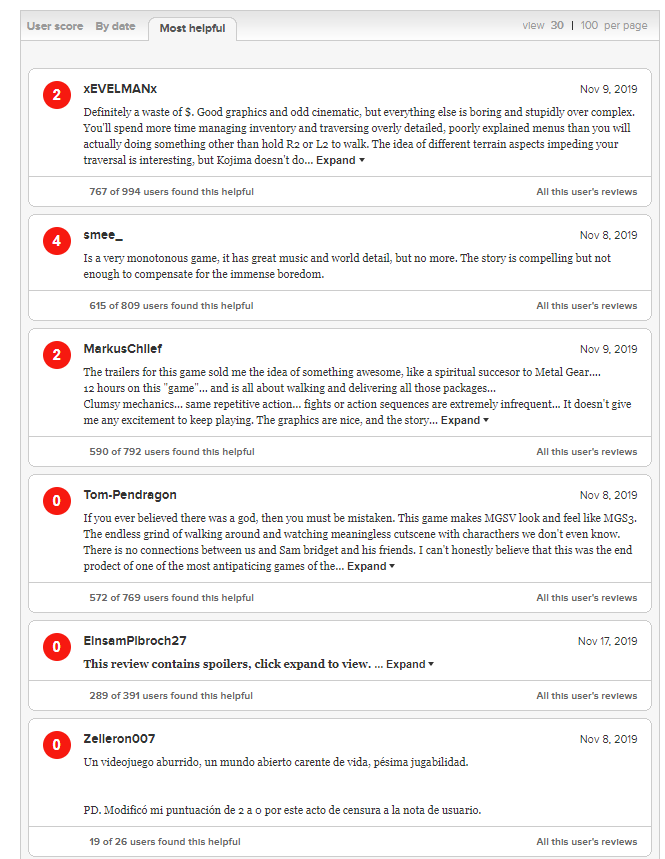 Despite the obliteration of thousands of negative reviews all of the most helpful reviews remain negative. Numerous 0s fill the top reviews creating a dissonant picture for anyone unaware a purge has occurred. 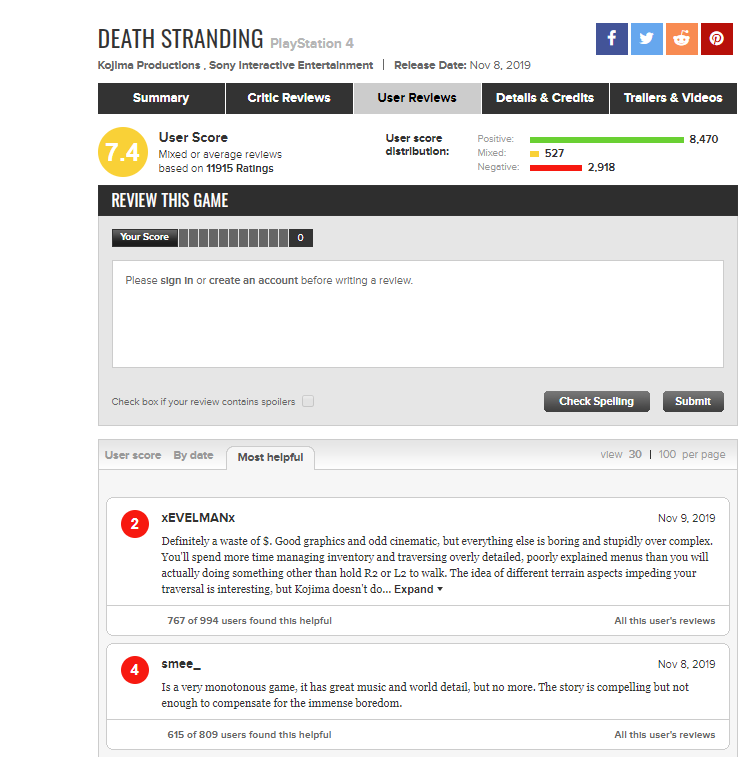 They’ll drop in, see the user review score, and the scroll through an endless stream of negative reviews wondering how the user score could be so high? It would give someone the impression the review bombing was in fact not from negative reviews, but actually positive reviewers attempting to boost an otherwise bad game into a higher score.

Where I have little interest in the game I do recognize it has nice production values even if the core gameplay suffers from massive issues. These 0s are more indicative of a protest against the game’s design and political stances than they are objective valuations of the product.

Even still, though they may not be representative of the product’s actual value they are an expression of both people’s sentiment and impression of the game. Unfair as they might be if your platform is going to allow users to make reviews you cannot choose darlings to protect from the scrutiny of the consumer.

Is a zero warranted? No; but to pretend as if Death Stranding is anything other than a polarizing experience from a man who wanted to ingratiate himself with Hollywood is a delusional offense against reality.