Developer Chamoji announced that Murasaki7, their anime-themed puzzle game, has officially entered into Early Access for Android devices via the Google Play Store. The game is free to download with in-app purchases made available to compensate for the free entry.

The game centers around Ellie Reigns, who must recruit seven angels from around the planet of Gaia XV in order to fight back against a rogue AI that is attempting to unleash the noxious gases in the planet in order to put all of humans to sleep so that it can care for them in stasis.

The Angel Idols will have to team up to fight against the AI’s forces, while also collecting idol outfits along the way so you can dress up your waifu the way you want.

The game is being sold on the concept of mixing traditional mobile puzzle elements with turn-based combat and idol collection.

You can tell they really wanted to push some boundaries with the game given that during the pre-register trailer it was obvious each of the girls had some boob jiggle in their little introduction screen.

I do wonder how much of that level of fan-service will make its way into the game itself? 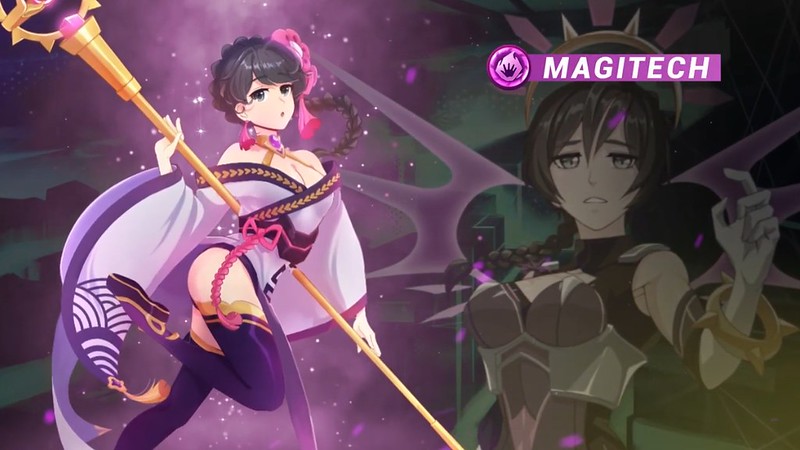 We all know that developers are limited on how far they can go with ecchi content for games released on the Google Play Store, so don’t expect any major lewding like what you might find on Nutaku.

Anyway, there are 200 different levels to conquer, multiple modes to play including a story mode, and when the game graduates from Early Access they plan on including the PvP mode that was teased in the trailer.

You need about 3GB of free space and at least a 9.0 Pie OS. If you meet those requirements you can grab a digital copy right now from over on the Google Play Store if you were interested in giving Murasaki7 a go.