After Microsoft picked up Ninja Theory, making them one of their many slaves under the Xbox Game Studios label, they were quick to take advantage of that by conscripting them to work on Senua’s Saga: Hellblade II, exclusively for the Xbox Series X, the upcoming game console due to release during the Christmas, 2020 season.

The reveal trailer for the sequel to the 2017 outing wasn’t much in terms of revealing anything significant about the gameplay, but Phil Spencer was proud to boast about the game running in-engine on the Unreal Engine 4. You can check out the debut trailer below.

We don’t get to see any real gameplay, instead we just get an aggressive music video style presentation of what the sequel’s game world will be like and what the general tone of the game’s graphics fidelity will be like.

Senua returns as the heroine of the game, obviously, after going through her mentally harrowing breakdown from the first game.

This time around it looks like there will be a lot more to the game world instead of just Senua having flashbacks and solo nightmares against one or two monsters.

There appears to be a lot more scale and scope to the game’s atmosphere, including what looks like large scale battles, expansive environments, and a much more aggressive tone. 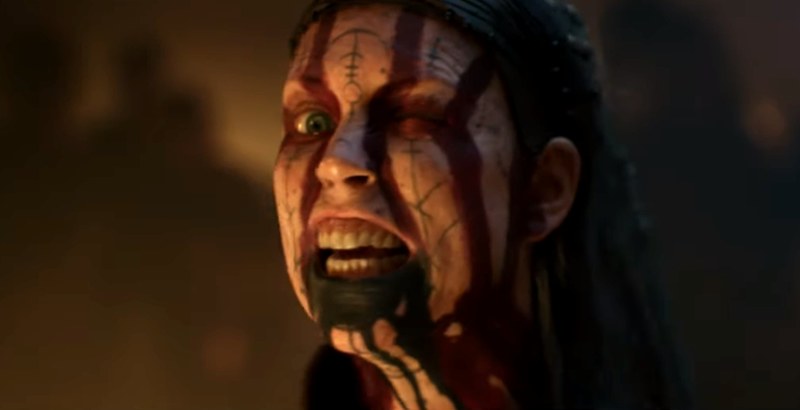 I don’t know why Xbox seems intent on presenting their games with trailers themed around crazy women screaming but that seems to be their marketing tactic for their games so far. That certainly didn’t work out too well for the sales of Gears 5, though.

The original Senua’s Sacrifice was what was considered a mid-budget AA title, since it was made for around $10 million. It managed to generate profit after only moving 500,000 copies a couple of months after its release.

This upcoming game looks like an AAA title, and I tend to doubt that Microsoft dumping a $100 million into the game is going to turn the sequel into some kind of startling success, especially given that the appeal of the first game was that it was niche and appealed to only a small subset of gamers who enjoyed small-scale hack-and-slash titles fused with puzzle-solving. It wasn’t some grand-scale epiphany of the genre, nor did it set any new standards other than the fact that from a technological point of view Ninja Theory worked with 3Lateral and Cubic Motion to develop a very cost-effective performance capture injector for the Unreal Engine 4 that would allow for real-time, in-engine capture recorded straight through the built-in animation pipeline.

In plain ‘ole English it means that it was possible to record an actor’s performance on set and have it saved directly into to the game development environment without having to spend weeks on clean-up, conversions, and alterations at a separate motion capture studio.