LizardCube, Guard Crush, and Dotemu announced that Streets of Rage 4 is currently slated to release on the Nintendo Switch. They recently rolled out a trailer for Nintendo’s little hybrid that could, confirming that the fourth canonical entry in the series will be available to play on the handheld/TV device.

In addition to announcing that Streets of Rage 4 is headed to the Switch, they also revealed the fourth playable character in the game, Adam Hunter.

You can tell that the team put a lot of time into animating Adam, especially in comparison to his neon-hair colored daughter, Cherry. You can check out the trailer for yourself below.

It’s only 49 seconds long but it gives you a detailed enough look at how Adam handles and what his combos are like.

It’s interesting because his punches are based on American boxing techniques. He has a hooking body shot to the liver that he can repeatedly pull off until an opponent gets knocked off their feet, as well as a jumping inside-to-out crescent kick.

Now I have to say that the animators took particular pains to capture the physics of an off the cuff carry-throw without the roll-through, which is typical when performing the uchi-mata or the han-goshi in Judo. So instead of rolling through with the throw, they have Adam do a slight hop off the throw to regain his balance from the fireman’s carry toss.

I thought that was a prime indication of the animation team really putting some extra finesse on the character physics when performing certain moves. The hop, though, isn’t just there for looks. You can also use it as a sort of a transitional cancel move into a grab if an opponent is close enough and you move Adam in their direction, as indicated in the trailer above at the 33 second mark. 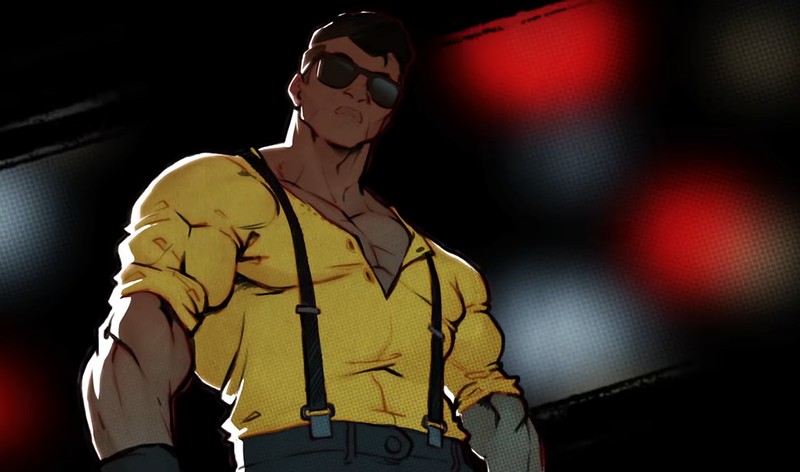 But what’s also impressive is that when Adam is about to get kicked from behind by the thug, he cancels the grab into a special counter, knocking the thug out of the window. The timing mechanics on this game are impeccable, if I’m being honest.

Like the other specials in the game, you can also use them as counter moves to help clear out enemies falling from the air, as depicted in the next scene.

I’m pretty sure that Streets of Rage 4 won’t be a Switch exclusive, but they announced it first for the Switch. If they release this game as a physical cartridge I will be sure to pick up a copy as soon as possible. But we’ll all have to stay tuned in for more info on platform availability, pricing, and release dates.