We all thought the Xbox Series X was bad and basically a repeat of Nintendo’s marketing fiasco that was the Wii U, where majority of casuals thought it was just an add-on accessory for the Wii. Well, Microsoft is proving that things are even worse than that.

Shinobi, the communications manager for Wushu Studios, spotted the quote and shared it on Twitter.

I thought it was implied but yes, for those who were a bit confused: “The name we’re carrying forward to next gen is simply Xbox. The name ‘Xbox Series X’ allows room for additional consoles in the future”. pic.twitter.com/76b5FhjAib

Yes, someone at Microsoft actually said that.

Speaking with Business Insider, a Microsoft representative told them…

“The name we’re carrying forward to the next generation is simply Xbox. And at The Game Awards you saw that name come to life through the Xbox Series X.

“Similar to what fans have seen with previous generations, the name ‘Xbox Series X’ allows room for additional consoles in the future,” 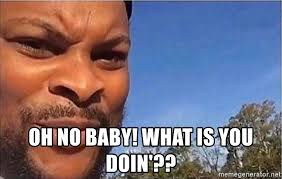 It’s difficult to parse what Microsoft is expecting to happen during the 2020 holiday season where a bunch of people will be absolutely confused as to which Xbox system to purchase for which games. Advertising an Xbox exclusive like Hellblade II for the “Xbox” is going to leave a lot of casuals thinking it’s an Xbox One game.

Would it not have been so difficult to maybe name it after their flagship launch title, Halo: Infinite? One of our readers suggested that Microsoft name it the Xbox Infinite, which would have been a heck of a lot better than just “Xbox”.

But Microsoft seems diligently dedicated to confusing the heck out of average customers.

The only thing they seem to be doing right from a marketing perspective is making it known right out of the gate that the system will be backwards compatible with both Xbox 360 and Xbox One games, which certainly makes it seem like a worthwhile purchase.

According to Gamespot, Microsoft’s Phil Spencer confirmed that the upcoming next-gen system will be able to play previous gen titles, with Spencer saying…

I suppose that’s one good thing to come out of this mess.