Square Enix’s demo for Final Fantasy VII Remake managed to leak earlier than what they intended, and some gamers have already begun uploading videos of their playthrough of the demo. It offers you the option to change the control layout and the difficulty setting.

The video was uploaded by YouTuber PS5 Intel, but there’s really no telling how long it’ll stay up before Square Enix comes down on it like a Mormon father with a belt when he finds out his 15-year-old daughter gave up her virginity in an interracial tryst.

The video starts with a very lengthy cinematic that starts with Aerith and then the intro sequence starts before it transitions into the actual game, where Cloud and the rebels attack some Midgar train guards.

You can check it out below.

The demo literally starts at the beginning of the game, so it introduces you to the tutorial, during Chapter 1: The Desturction of the Mako Reactor 1.

The general gist of the controls is that Square is to perform basic attacks, and basically so long as you rapidly tap Square then the characters will perform a combo attack.

You can enter into Punisher Mode by tapping Triangle on the PS4’s DualShock 4.

Not unlike Nier: Automata, you can both dodge and block attacks. You can hold down the right bumper to guard incoming attacks, or tap Circle to dodge the attacks.

Some people might wonder “Why would I waste time guarding if I can just dodge?” Well, youngling, the purpose of guarding instead of dodging is that successful guarding results in the ATB meter charging up faster. 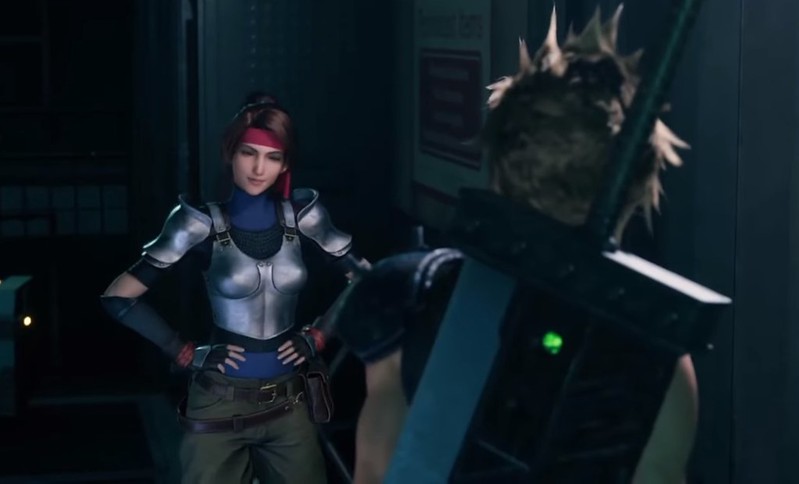 You can also perform precision guarding by pressing in the right thumbstick to lock onto an enemy target and then expertly block an incoming attack just as they strike.

That’s the basics of the combat.

If you want to interact with the game world you simply tap Triangle on the DualShock 4. You can use this to both talk to NPCs and to open up chests. Alternatively, some chests will require you to hold down Triangle in order to access them.

Alternatively, item boxes with the Shinra logo on them can be easily smashed by tapping Square.

The modelers did a really good job with Biggs and Jessie. They look like they could have been main characters in their own game.

I’m nor at all fond of Biggs’ English voice actor, though. The guy playing him doesn’t match his looks at all.

Later in the demo it’s revealed that every playable character in the game has their own unique ability, which can be activated by tapping Triangle.

This comes into play about halfway into the demo when Barrett joins the party and you’re able to switch between him and Cloud.

The button layout stays the same, but the attacks change. Barrett can utilize long-range attacks by either tapping Square or holding it down for a sustained automatic fire barrage.

The whole point of forcing players to Switch between Cloud and his allies is because certain teammates have certain abilities that allow them to damage enemies that Cloud cannot.

In the case of Barrett, he can reach enemies tucked away in locations that Cloud’s sword is unable to reach. 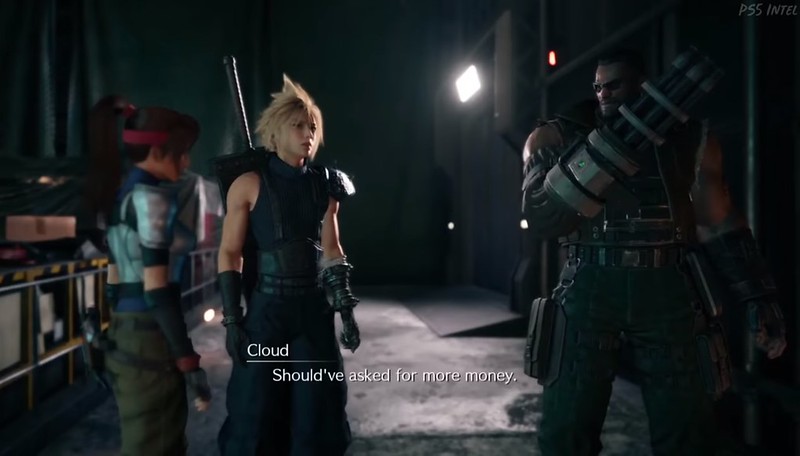 Later into the demo we see Barrett and Cloud taking on the Scorpion Sentinel. They introduce the cover mechanic, where players will have to dodge behind some debris to avoid being aced.

You can also make use of magic attacks and target the different body parts.

There’s a lot of real-time micromanagement required during more of the hectic battles.

However, the one thing that stood out the most was just how much Barrett refused to shut up during the fight.

After the scorpion boss is defeated there’s a timer countdown where Cloud and the rest of Avalanche have to escape from the facility before the time runs out. While 30 minutes seems like it’s plenty of time, Cloud moves pretty slow, and he also has to fight enemies along the way.

After spending nearly 10 minutes trying to get out of the facility, a cinematic plays and the demo ends.

Given how plodding the demo was, it’s easy to see how the full episode could end up being extremely long-winded and unnecessarily drawn out.

You can look for Final Fantasy VII Remake to arrive on the PS4 starting March 3rd, 2020.