February 5th is shaping up to be an important day in gaming, if the rumors about Sony’s PlayStation 5 announcement are to be believed. In addition to that announcement, a slew of games will be releasing on February 5th as well, including the Kickstarted cyberpunk-noir title from Ars Goetia Games, The Blind Prophet.

The crowdfunded project came onto the scene with quite the punch back in December of 2018, and slowly rolled out more info and a playable demo throughout 2019. Well, now it’s been confirmed that the point-and-click, Gothic-cyberpunk adventure game with a deeply noir aesthetic and an original story will launch on February 5th on PC.

If all goes well you can expect the game to then make its way to the Nintendo Switch, the PS4, and the Xbox One at a later date, along with mobile ports for iOS and Android.

The game combines Gothic surrealism with a cyberpunk dystopia, giving gamers something truly unique when it comes to art-style flavors.

You’ll take on the role of a prophesied savior sent to the town of Rotbork, but things aren’t quite as they seem.

Dark forces are pulling the strings from the undercurrent of a corrupt and hapless city, and it’s up to players to find out exactly what’s going on and attempt to either save or cleave the people from a dire fate. 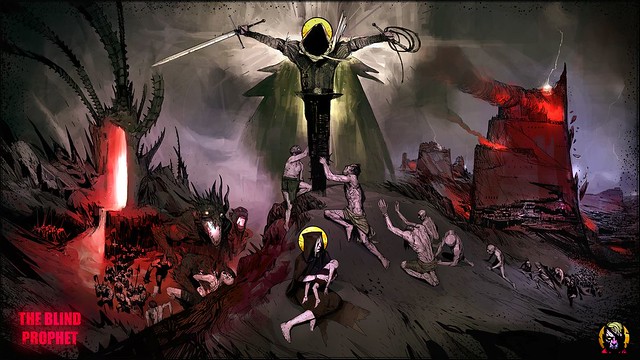 This game instantly stood out to me thanks to the unique premise and the uncompromising gore and nudity that accompanies the stylish visuals.

The actual gameplay is a point-and-click adventure title where you navigate the city, gather clues, talk to NPCs, and interact with the environment.

Unlike a lot of other games out there that rely on cheap 3D rendering to convey the characters and world to the player, The Blind Prophet features an indie-graphic novel style approach to its design, giving it a truly standout look among its competitors on the market. 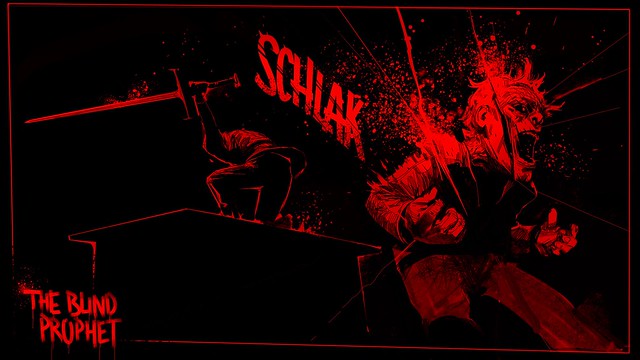 Artistically speaking, it feels like it comes right out of the gritty era comics that were pushing boundaries and making waves back in the 1990s. I absolutely love it.

The skewed perspective from which players will view some of the scenes only adds to the allure of the design. And the rough inking for some the shading and detail work almost makes it look as if you’re watching a comic book play out in real-time. 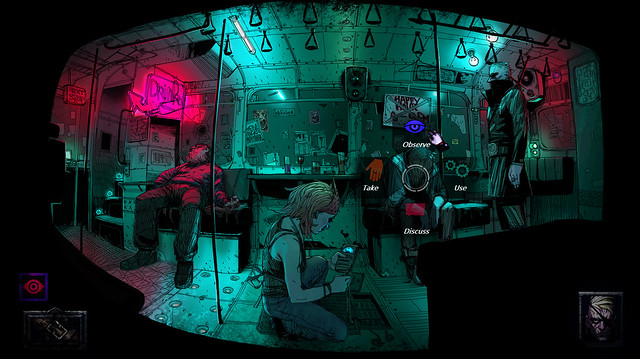 I could wax poetics about this game all day, but hopefully the game will speak for itself when it launches on Steam starting February 5th, 2020.

You can add the game to your wishlist, keep track of it, or check out some additional screenshots and information by visiting the Steam store page.