All news bits publishers put out is released with a target audience in mind. Many consumers mistakenly believe that all bits of news are aimed at the end user of the products or potential users, but in reality a significant chunk of news is aimed at the investors. Creating a sense for them that the companies they’ve invested in are active and successful.

A primary example of these types of articles would be the sold, shipped and statistics articles that come after a game’s launch week or month. With the exception of multiplayer games these articles don’t bolster market interest in adopting a game to a significant degree as the primary sales driver is word of mouth followed by retailers and online product demonstrations (i.e., videos, walkthroughs, trailers). 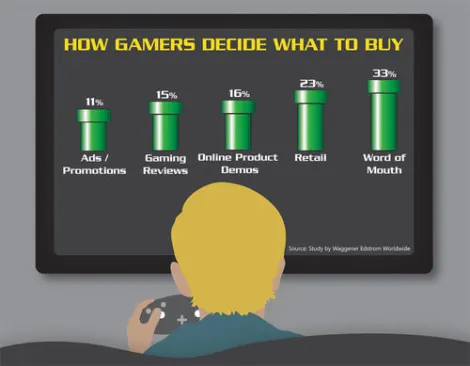 These articles are so formulaic in their intention that you can determine how well a game has done by the type of article being released. Sales figures mean the game has met initial projections or has even surpassed them. In the long run the game might not be a success, but short of a large drop off at the time of the article it is looking to be a sure thing.

Shipped articles reveal the game has made money through wholesale, but isn’t really selling to the end user. Potential returns from retailers if it is available in their contract may occur at this point. Any random statistic piece indicates a game has under-performed or has floundered in sales and shipped statistics. A good example of this is Gears of War 5’s initial launch success, but subsequent sales failure.

Silence means the game has outright failed and hard. The company is hoping that it will slip by investors if it doesn’t receive further attention. With losses being covered by other successful products.

Serving as the latest example to amply highlight news for investors is Ubisoft’s announcement of the restructuring of their editorial team, as reported by Video Games Chronicle.

Based out of Paris this design by committee team of nearly 100 designers was managed by a few executives to shape the narratives, mechanics, and themes that went into all of Ubisoft’s games.

It is this team that instructed studios to keep stories relevant, but not take a political stance. Leaks and admissions have indicated because of a few individuals held the majority of the power in this team led to Ubisoft’s games being largely clones of each other with a few unique mechanics grafted on top of what were essentially the same experiences.

Though Serge Hascoet will remain in charge, seven vice presidents serving underneath him will now be given their own franchises to manage with larger autonomy over their design decisions. This will aim to create more unique experiences, which Ubisoft’s CEO blamed its 2019 under-performance on a lack of. Do note how investors are often too busy to look at see the real reason the games failed were soulless cash grab or bad design, so excuses like that are given while the real problems are either ignored or corrected silently in the background.

As can be seen while this information may be interesting, it doesn’t aim to sell or generate hype for anything. That’s because it’s meant to demonstrate to investors that the company is remedying the problems that lead to under-performance in 2019, so that 2020 onward will not have a repeat of the previous stated core issue.

Fans need to learn that news articles such as these are not aimed at them. As a byproduct they do inspire the fanboys in their defense of the company line, this is not the intended effect for these releases. The intended effect is to create the image of a healthy competent company organically for investors who are too busy to often look in depth at their investment unless it is seriously under-performing.

Like regular people, investors often go off headlines found from a Google search or skimming through select polling of media outlet’s coverage. For this reason media companies do enjoy a certain influence over companies by proxy. After seeing news article after news article deriding a company’s decision to not include diversity or a game not being woke enough investors will turn and ask the CEO why they aren’t implementing this into their games. This will not last much longer as the media in 2019 have demonstrated their impotence and investors are wising up to get woke go broke being a golden rule.

At the same time the media must walk a fine line in order to keep their access privilege to exclusive content in order to draw in what gives them power: Audience. Thus is how the dynamic works, but at the end of the day the two that have the greatest power in the equation are the customers and the investors. Notice how both are the ones with the money or the source of the ability to generate money.

At the end of the day companies might not be soulless, but they do understand in order to keep functioning they need to keep investors pleased and that means keeping consumers coming back.