Typically I prefer to complete a game or at the very least experience enough of it to be able to offer a concise understanding of the experience when reviewing it. Though I did not complete Beautiful Desolation, a fact I will preface this review with, I have experienced enough to determine in spite of the game’s otherwise beautiful and very well made design the point-and-click gameplay loop quickly became a confusing tedious chore to dredge through to get to the next story moment or character interaction I yearned for.

Beautiful Desolation is a point and click adventure game set in an isometric world that would rival the best in the genre. Were it not for the poor transition of the point-and-click mechanics into said world which serves as the core issue for the game.

One that often offers zero feedback on how to progress, which inevitably led to me turning to a walkthrough to alleviate the literal headache game-progression was causing. Owed largely to areas having one or two things to collect with a couple of people to talk to, but no indication as to what conversations unlock the next step forward, and no indication when you have to backtrack frequently to unlock the next conversation. Let alone know what areas contain what items that you may find valuable.

In a traditional style point-and-click these problems are alleviated by the scope of the world in which you are exploring. Here, though, there is a lot of empty space filled with creative visuals and world lore pop-ups, not so much on progression feedback. Where in a normal point-and-click game it is only a minute or two’s journey to venture back to a previous area, here you will spend a considerable amount of time trekking back and forth to unravel the next step forward. 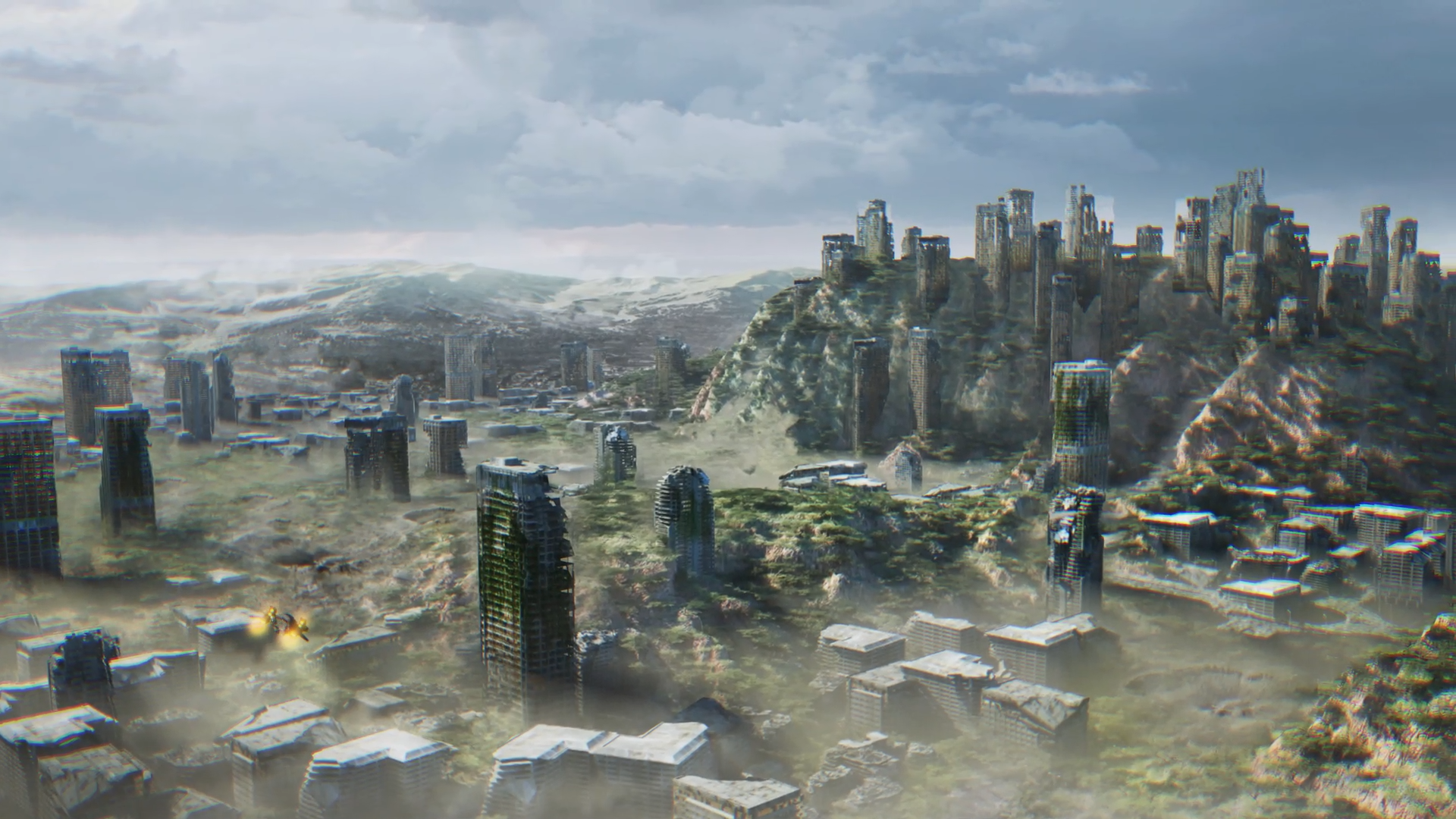 Wokeness: Greenlight: Typical mild Sci-fi Nihilism, but no wokeness was experienced during the time with the game. 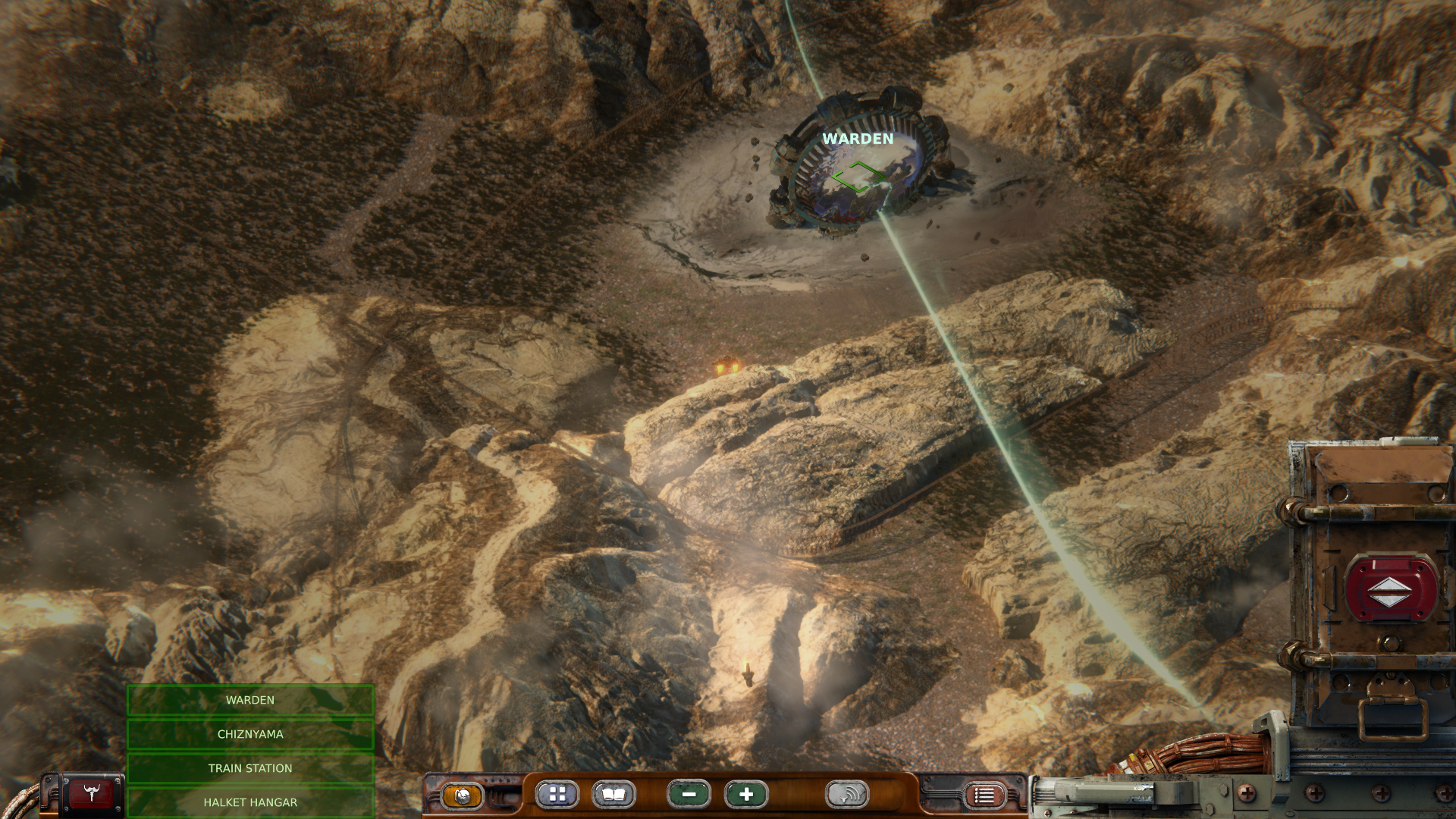 Make no mistake there is a great effort put into designing this game. The world lives up to the namesake and is without a doubt beautiful. Filled with interesting, amazingly rendered designs that left me feeling as if I was indeed playing a science fiction game rather than a game with science fiction elements.

Elements that the developers master in spades, albeit occasionally offering some pedantic done-before bits. The world is filled with ascendant machines, humans doing their best to live, a history, sentient AI called Agnates that have a reason to exist in the world, and even play into the time-traveling narrative in a logical fashion that the observant will quickly pick up on. 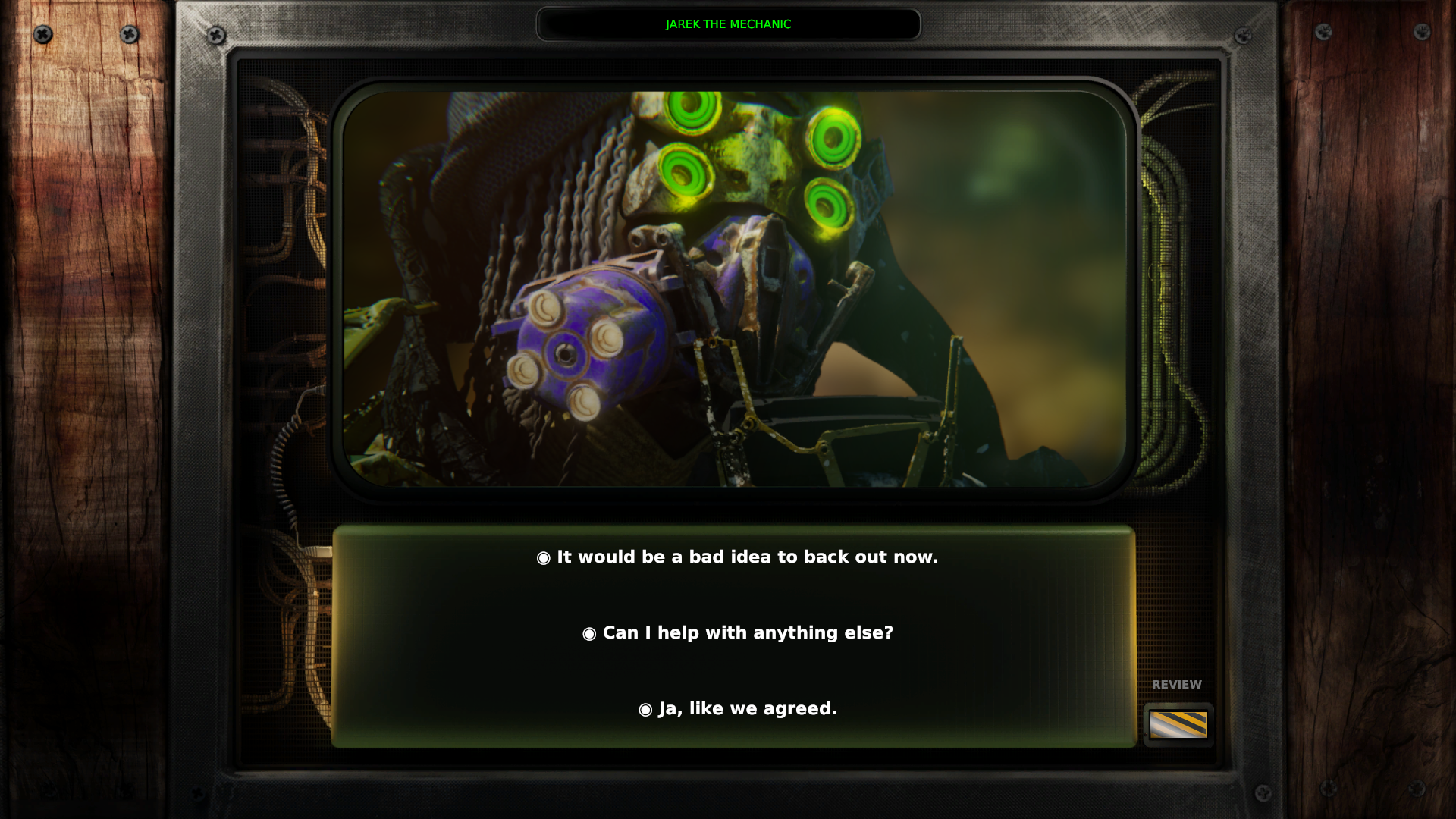 Vistas, the world map, area locals, all of them offer a unique, but familiar isometric feel. Yet each area only has a few individuals to talk with, a few items that will only appear if you are right on top of them, and the game itself offers no hints beyond conversation to how to progress forward. Eventually, as previously stated, leading me to turn to a guide to ease progression and find hidden gold items needed to acquire credits, along with knowing what areas to head toward as I crisscrossed the map and backtracked to and fro. 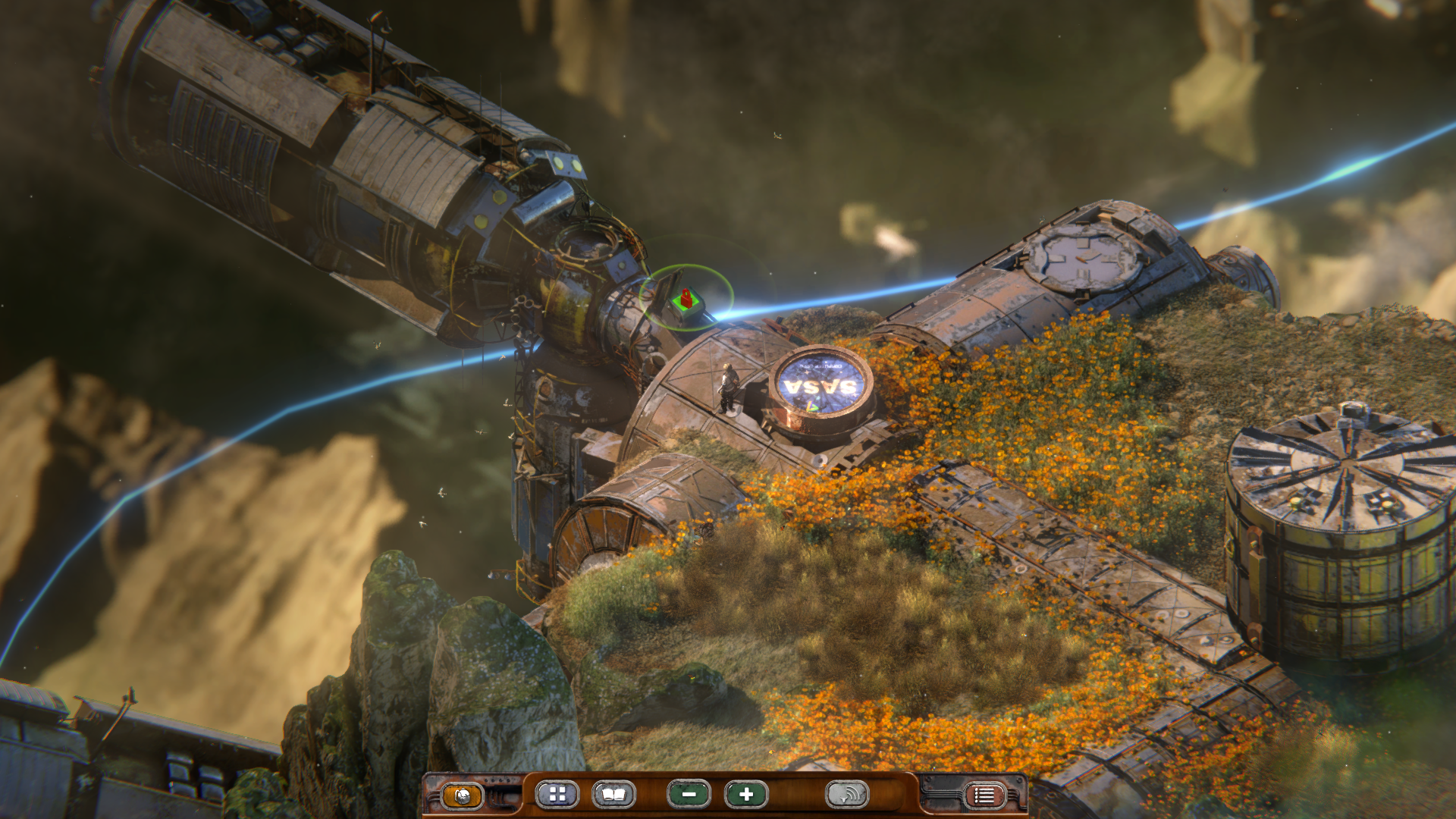 Not for a lack of common sense mind you.

To provide an example early in the game you are tasked with finding your brother Don. A war veteran with PTSD who was injured when he parachuted from a transport.

The first person you talk to in town will unlock a crashed space station for you to visit, but you won’t find your brother there. Believing he is there I began pixel hunting and after a certain amount of time I found out I had to return to the town and talk with the barkeep to find out there was a second crash site. This crash site will have a terminal to unlock a puzzle that you have to gather etchings in order to complete at the first site in order to obtain an item that lets you travel to different regions along with your brother — who you will need a first aid kit to mend — which is only purchase-able with credits from gold items that are well hidden. 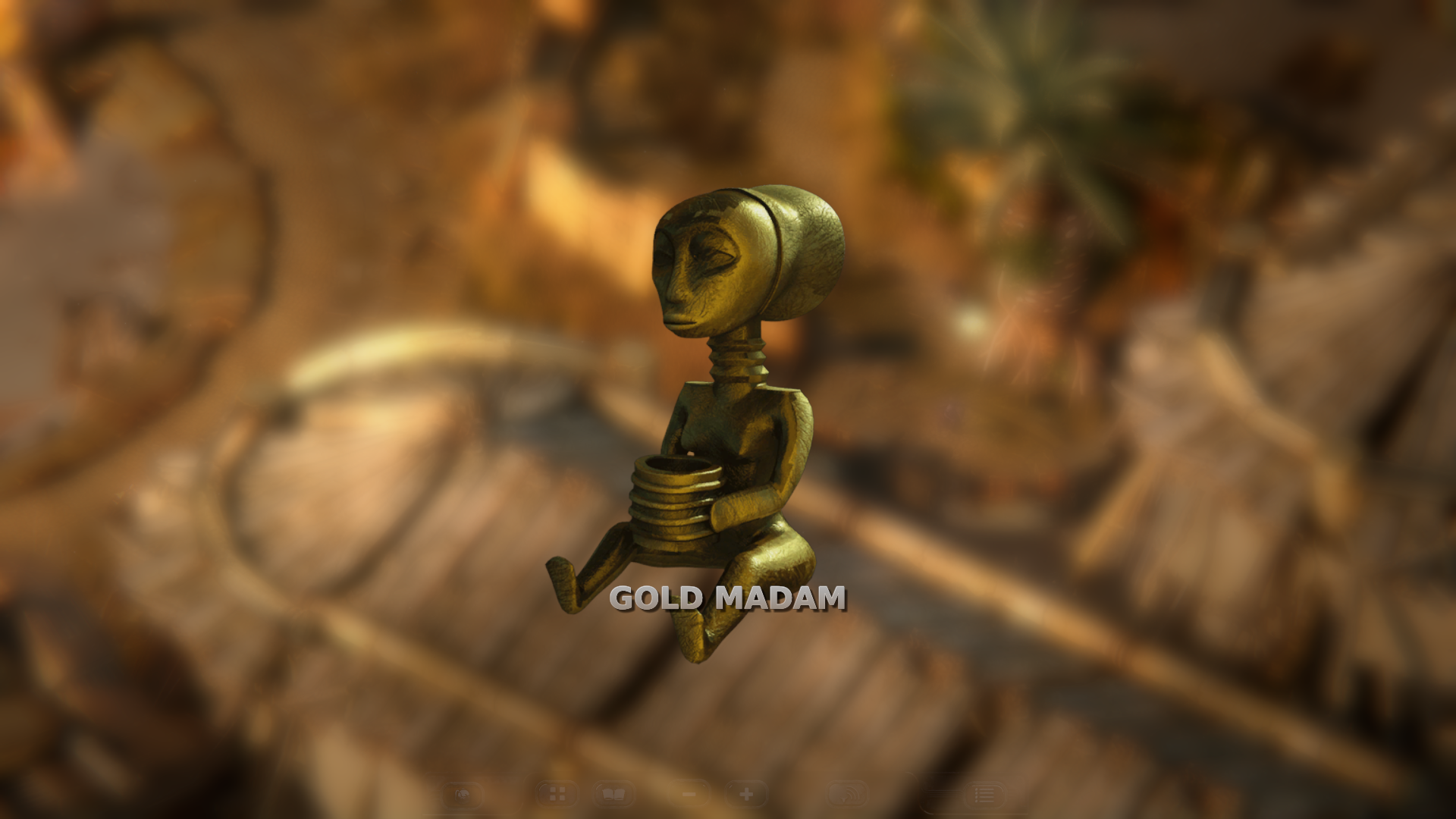 Sounds easy right? Well, the game provides no feedback that this is what you are supposed to do. Let alone how to solve the rather complex puzzle. If it were a traditional point-and-click there would be a few areas to explore and uncovering this progression would be easy, but Beautiful Desolation has a rather massive isometric world with a traditional point and click progression sprinkled about.

After awhile these hang-ups became tedious to resolve as you have to begin returning to various locations to have a conversation that unlocks further progression that you will not know about unless you are following a guide or spend quite a bit of time backtracking through the world and re-checking previous areas.

Conversations delivered with okay voice acting are your only indication on how to progress forward, but they also offer an interesting array of personalities to explore. Standing second only to the overall world and lore design in greatness. Fortunately for progression, you can access your PDA and review all conversations at any time. Not that it provides any help when no clues on progression were afforded to you. 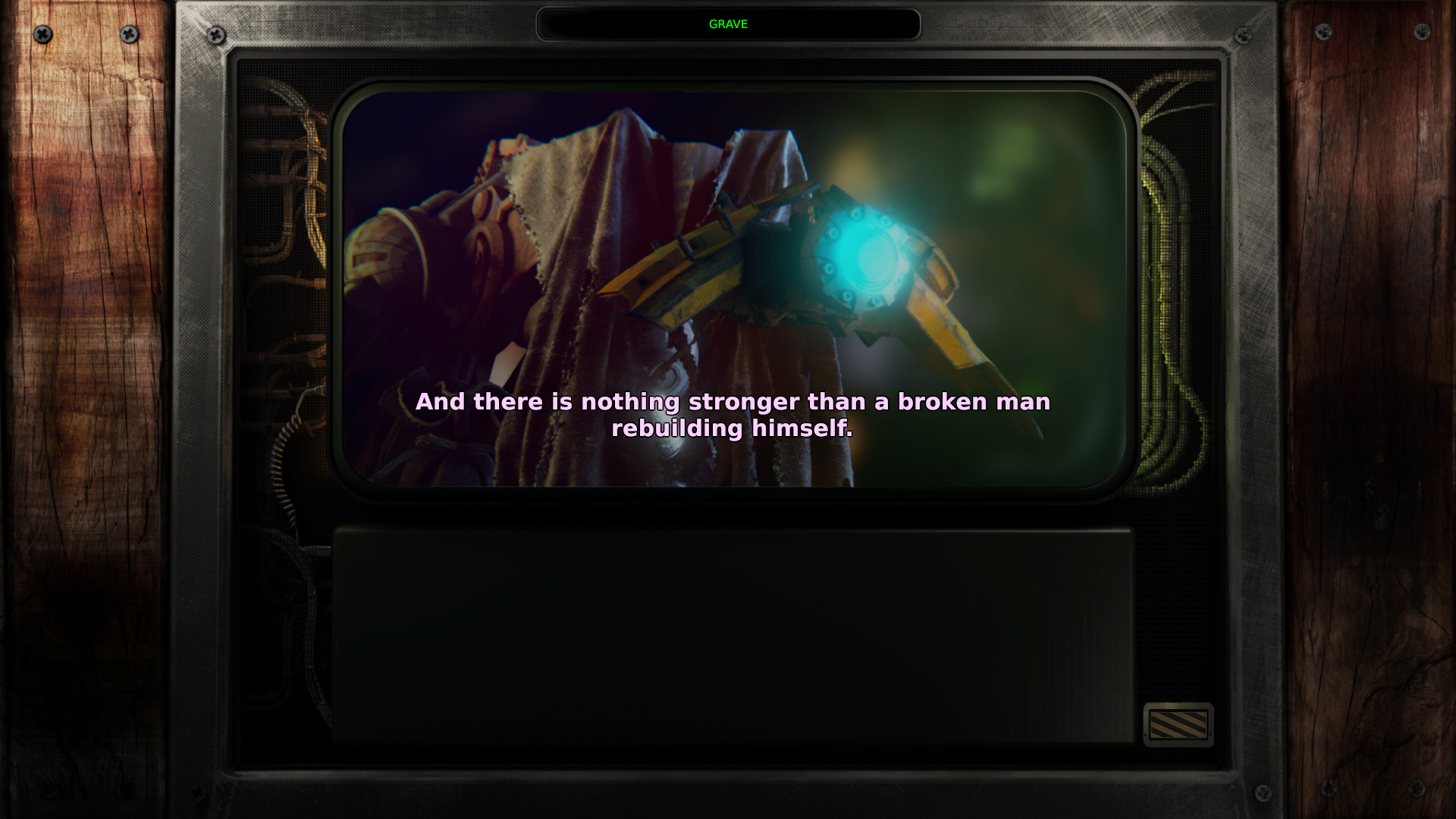 Beautiful Desolation offers impressive visuals, fantastic menus, and systems, characters you’ll want to know more about and a science fiction plot that while not too revolutionary is a science fiction plot. The world is amazingly well-conceived. Yet it is a game that suffers from being an early pioneer, much akin to early open-world games. Filled with too much empty space and not remedying genre design choices that do not transition well into a larger world.

If you are a die-hard point and click fan treat yourself to this game, but for everyone else, this is a hard pass.