Focus Home Interactive and Passtech Games are working on a new action-RPG called Curse of the Dead Gods. The game utilizes cel-shaded graphics, giving gamers a different take on the genre compared to how games like Diablo or Path of Exile are portrayed.

The game is about an adventurer who allows the spirit of mischief to lead him into ancient, accursed temples of the gods in order to seek untold amounts of riches and power. You’ll need to collect mystical relics and powerful weapons in order to fight back against the hordes of undead enemies and supernatural deities.

The announcement trailer for the game’s Early Access release actually looks pretty cool. You can check it out below.

Unlike most other action-RPGs out there you’re not limited to just crowd-controlling mobs with an active pause or desperately trying to weed out groups with AOE attacks while frantically clicking on the mouse.

Instead, the game allows you to attack, dodge-roll and reposition rather quickly. This gives Curse of the Dead Gods a much faster pace during combat than some other ARPGs out there. In some ways you could compare it to Bloodborne given that you have a projectile weapon in one hand, a melee weapon in the other and a stash of upgradeable skills at your disposal. 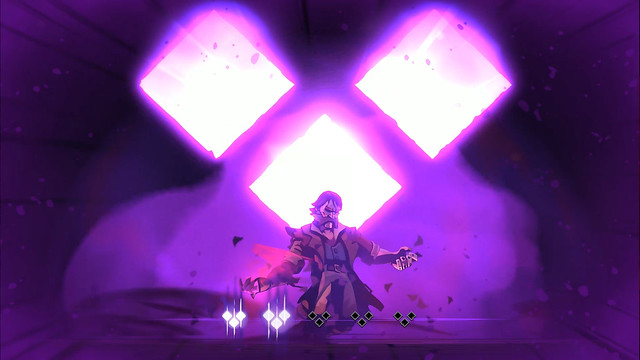 You’ll be able to wield swords, spears, guns, and bows, as well as face off against monsters, overcome traps, and journey through a seemingly infinite labyrinth.

According to the FAQ over on the Steam store page, Curse of the Dead Gods is expected to enter Early Access on March 3rd and stay there up until the end of 2020.

You can wishlist or follow the game right now or wait for March to roll around to pick up a digital copy.

With Blizzard having become converged, it’s nice to see a litany of other action-RPGs out there to hopefully take the place of Diablo.