Leading up to the March 20th, 2020 release date, new footage and gameplay information has been rolling out for id Software’s highly anticipated first-person shooter. One of the newest gameplay previews comes courtesy of a YouTube video showcasing 45 minutes of shooting, platforming, eviscerating, and all-out carnage from DOOM Eternal.

The video was published over on the MKIceandFire YouTube channel, following a private invitation to play the game courtesy of Bethesda Softworks.

You can check out the near hour-long video below.

There’s a brief cinematic sequence, where the Doom Guy is given an artifact and a quest to rebuild a celestial locater.

From there he has to do some challenge-based platforming across a lava field.

Once the Doom Guy reaches the base of the field there’s a platform he hops onto and that’s where all the chaos begins.

The Doom Guy proceeds to unleash hell on the demons, slaying, splaying, and frying the unholy crap from inside out of every otherworldly creature that stands in his way.

To help make the experience feel a lot more intense, Mick Gordon’s soundtrack kicks in with some doom metal. 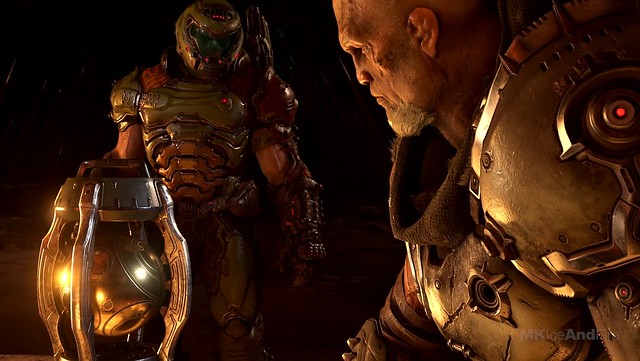 The challenge here is quite high.

There were a couple of times where he nearly died due to being overwhelmed.

The game has a typically strong RPG component to it along with additional side-quests littered throughout each of the stages.

Side-quests will allow you to unlock additional upgrades and points you can put into the Praetor Suit.

The suit will give you additional access to useful mechanics such as unlocking the the map or increasing defenses against environmental hazards.

The game is also no longer just a string of challenge rooms connected by a series of linear pathways like in the 2016 outing of DOOM.

Also, DOOM Eternal goes back to a more traditional campaign structure like the older games, but you can choose how you approach each level from a spaceship hub similar to Warframe, which is where all of your upgrades, skill points, and Praetor Suit modifications can be made.

The next stage sees the Doom Guy traveling to a techno-citadel housing cultists. It’s there we see some more elaborate platforming antics, involving climbing and scaling icy cliffs and unveiling secrets by blowing up spiked mines.

Due to the nature of the maps, there are a lot of opportunities for hidden areas and Easter eggs. The map designs have obviously gone back closer to the likes of the original DOOM games from the 1990s as opposed to DOOM 3 and the more linear nature of the levels in the 2016 outing. 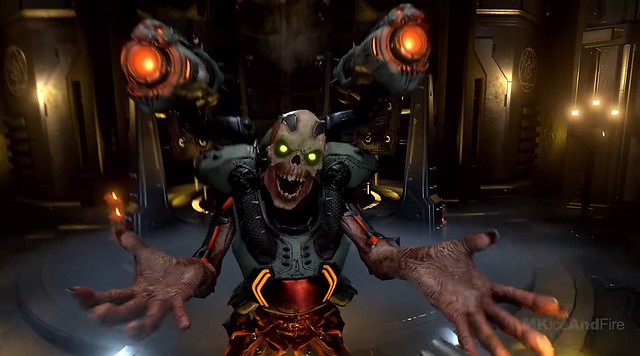 Now one thing that did kind of irk me during the citadel stage is that the ambient grunge metal that seems to kick in from time to time doesn’t really go anywhere. It’s just kind of there on a loop when the action starts but doesn’t really fuel the action the way some of the other music in the game does, or the way Capcom utilized the interactive music for Devil May Cry 5.

It’s nice that not all the battle music in DOOM Eternal is ambient chords and guttural riffs, but that was a pet peeve of mine from the 2016 game as well. The actual melodious songs from the soundtrack were awesome, but the experimental noise-loops? Not so much.

One thing worth noting is that the game’s difficulty stays intact even though there are plenty of upgrades available for each of the weapons. You’ll still have to strategize your attack patterns and avoid standing in the middle of a firefight lest you get overwhelmed and overpowered in short order.

As you progress through the game you’ll you’ll also gain access to additional combat and exploration abilities, such as being able to use the Plasma rifle to overcharge enemy shields and create a chain explosion, or use the air-dash to reach hard-to-access areas.

There are also far more platforming puzzles in this outing than the 2016 iteration, which barely had any exploration puzzles.

For those of you who played the original DOOM games you’ll note that they were rife with puzzles. In fact, many of the stages were filled with a variety of different map and exploration puzzles you had to spend inordinate amounts of time trying to figure our how to solve some of those puzzles.

The puzzles aren’t quite as ridiculous in DOOM: Eternal but there are quite a few segments that will give you pause as you survey your surroundings and attempt to figure out where to go or what to do next, which is a welcome return to the FPS genre, where it nearly all disappeared thanks to the popularity of linear-focused shooters like Call of Duty.

Speaking of which, you won’t get auto-recharging life in DOOM: Eternal. You will need to rely on health packs or Glory Kills to recover your life. Even with Glory Kills it doesn’t auto-refill your health, you still have to pick up the packets manually, creating a real sense of urgency and critical thinking, something that hasn’t been required in shooter games for quite some time. 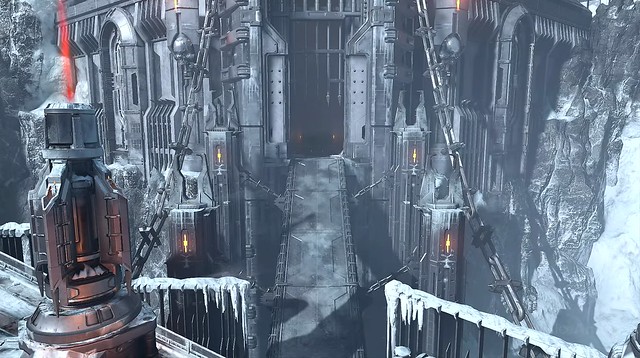 The game also retains the lines about the “Mortally Challenged”, showing that the developers didn’t remove or kowtow to any outside pressure from those who were originally offended by the line some years back.

Weapon unlocks are also spaced throughout the game. I did find it odd that you unlock the Plasma Rifle before attaining the Rocket Launcher and Super Shotgun, though.

They also put two weapons in one stage, which is an interesting choice.

Either that means they wanted to give you all the weapons fairly early on or there aren’t that many stages. 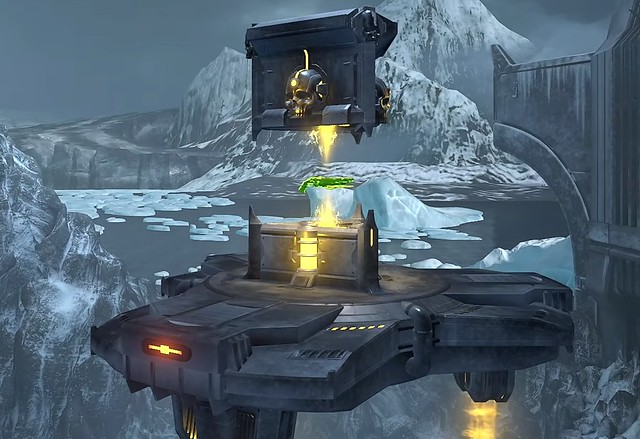 Either way, I’ll say that the stage designs are really inventive. The way some of the puzzles were designed and the geometrical complexity involved with the moving parts and multiple pathways gave me cold sweats just thinking about the wireframe layout.

Overall, I think the game looks quite badass and there’s a hefty amount of challenge and skill required to navigate through the game without repeatedly dying.

It appears as if id Software may have actually designed DOOM: Eternal for real gamers.

You can look for the first-person shooter to launch on PC, PS4, and Xbox One starting March 20th, 2020.

(Thanks for the news tip itsshoahtime)