French publisher Nacon and Belgium developer Neopica have announced that the their outdoors sporting title, Hunting Simulator 2, will be released this summer on PC starting June 24th and a few days later for the Xbox One and PlayStation 4.

Like most sequels, Nacon is promising that Neopica has made Hunting Simulator 2 bigger, better, and more expansive than the first game. This includes larger sandbox environments for hunting, as well as realistic environments set both in Europe and the United States.

A trailer was rolled out to accompany the game’s announcement, which you can check out below.

I have to say… that was not quite what I was expecting from the reveal trailer.

The indie-folk tune of “Something or Someone” from Tom Bromley was an interesting but nice choice. I think that for a hunting sim it makes sense to go with a style of music oftentimes associated with nature and being grounded with acoustics and a lack of synthesizers.

I’m not sure why more developers didn’t think to add folk music to their hunting sim trailers, but I found it eerily soothing. In fact, the game’s environmental rendering looks fantastic.

If the game maintains a sense of simulated zen the way it captures it in the trailer, then it could end up being a nice little departure from the typical hunting simulators that seem to focus more on the toil and trouble of finding something to shoot like a needle in a haystack, rather than absorbing the natural experience of the hunt itself. 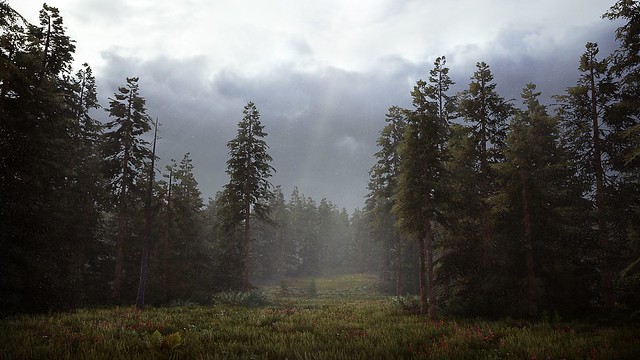 Anyway, the game features 33 different species for you to hunt.

Each of the animals you can hunt in the game have been recreated with all new behavior mechanisms that you’ll have to study and learn before you take to shooting them with your rifle.

You’ll also have a dog accompanying you along the way, who will help spot tracks, sniff out the prey, and provide a helping nose to your outdoors sporting endeavors as you attempt to collect prized trophies with a few buckshot rounds and a rifle.

Neopica overhauled the user interface, added more gear, and brought the total weapon count up to 75. All of the weapons, accessories, attachments, and modifications are based on official gear from Browning, Winchester, Busnell, Kryptek and more. There’s also 90 different clothing items in which you can customize your hunter.

The game will arrive on June 25th, 2020 this summer on PC and just five days later on June 30th for PS4 and Xbox One. According to the press release you can also expect a Nintendo Switch version of Hunting Simulator 2 to arrive at a later date.

I have to admit that Bigben Interactive has been keen on keeping the Switch in the loop when it comes to ports, and they appear to be keeping that initiative live with their Nacon spinoff.

You can learn more about Hunting Simulator 2 by visiting the official Facebook page.