Creā-ture Studios recently announced that a major update has been rolled out for the realistic skateboarding sim, Sessions, which is currently still in Early Access on Steam. They also announced that they’ve team up with port-house iLLOGIKA to bring the game to the Xbox One’s preview program this spring.

The latest update for the PC version of the game includes the all new remote connect to play against other players online via Steam, as well as an overhauled trick-and-control system to make gameplay easier to learn, and smoother transitions for slides and grinds, as well as transitions from different slides to different grinds. 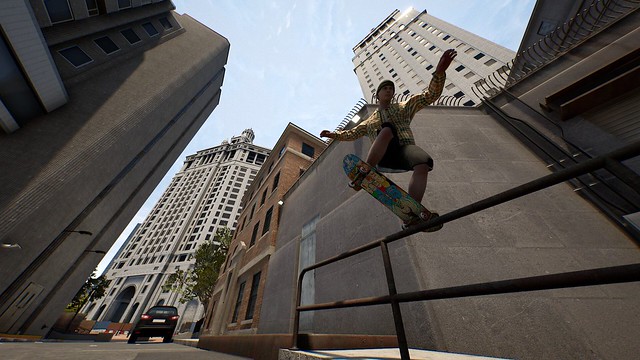 They’ve brought back the original creā-ture park, added 30 new songs with all new radio stations, and implemented a new level layout with options to select a more realistic layout based on real-life Brooklyn Banks, or a customized layout better suited for fun.

You can get a glimpse of the new layout and some of the trcisk for version 0.0.0.3 with the trailer below.

The game looks like Skate but plays somewhat different. The control sticks and triggers are used to perform most of the tricks, and it certainly takes a lot of getting used to in order to make use of the game’s unique mechanics.

A lot of people originally complained about the control scheme in Session, but eventually learned to adapt to the setup.

I’m curious how well the Xbox community will take to the crowdfunded title when it launches this spring.

So long as the developers don’t do anything stupid or kowtow to the Cornhole Commissars then I think that Session will likely go on to have a healthy sales life on the market both on PC and home console.

You can currently pick up a digital copy of the game, which is still in Early Access, over on the Steam store for $19.99.