What is the definition of insanity? Trying the same thing over and over again and expecting a different result. Throw in a dash of getting woke going broke and you have reached Joker levels of insanity. Naturally, the distinct lack of anything approaching a punchline or ploy to draw in the Batman gives away the distinct lack of Joker scheming in Warner Bros’ degradation of their top female character.

Nevertheless, the insanity continues with Harley Quinn looking less and less like her iconic comic book and animated counterpart in the latest leaks from MovieWeb, where she is being heralded as returning to form with her new redesign. 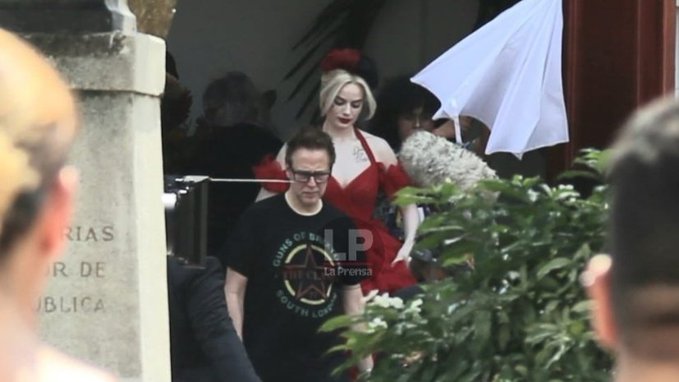 It almost defies logic that James “Pedo Parties” Gunn would throw away Harley’s iconic visage. Gunn had numerous iterations to draw inspiration from including the original live-action Suicide Squad flick that precedes his own. Yet instead he opts for a pasty blond white girl with tattoos. 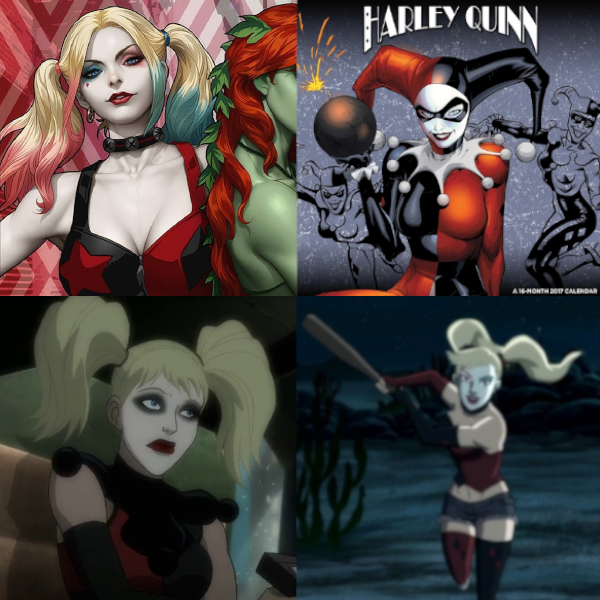 From the video leaks, it is rather easy to debunk the assertion Harley is returning to her classic comic book form. As can she can be seen without the red and black accessory carrying some sort of spear or before standing outside a taxi cab undoubtedly about to drop a one-liner.

HARLEY HAS RED AND BLACK HAIR IN THE SUICIDE SQUAD, THE WAY I WON. pic.twitter.com/lxR7PFvZMN

In the interest of fairness, it is possible both the picture and the video are from an earlier point in the movie before she dawns a more marketable and iconic appearance. Alternatively, they may dye her hair or alter her appearance with special effects in post. There is no ruling out that possibility from this small leak alone, but the people claiming this is a definite return to form are simply grasping at straws.

Speaking of the devil, an act we should do sparingly lest their “rees” echo through the night, in the twitter thread for the leaked picture we have this fun little exchange from Warner Brother’s new audience. 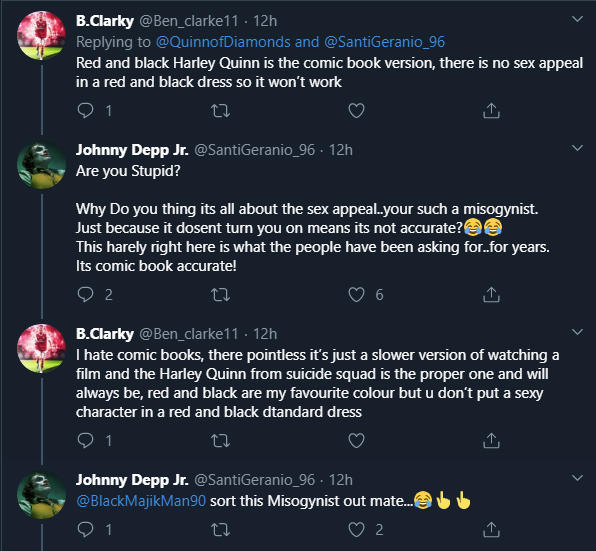 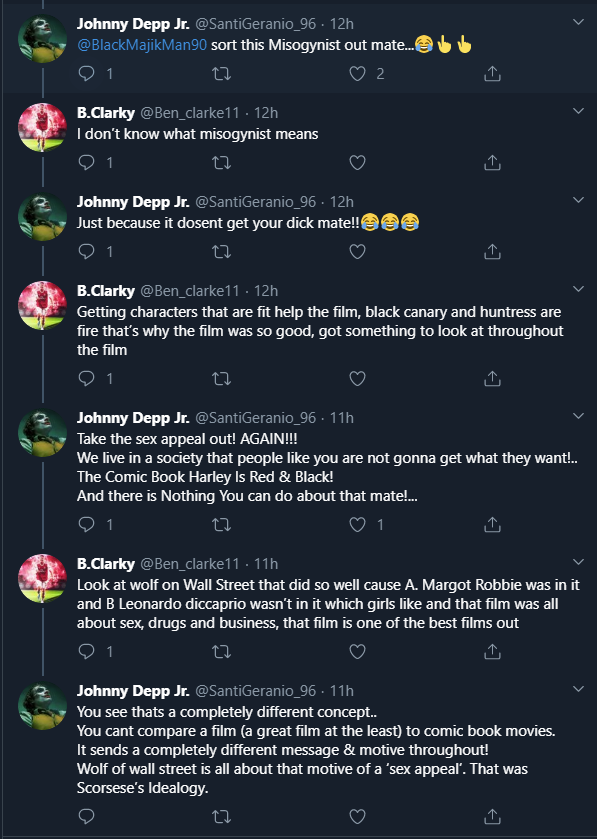 With people like them now comprising the built-in audience for Harley Quinn, it is without a doubt her marketability will soon go to nil. Especially as little girls who previously adored the ass-kicking psycho start to view her as a bitter man-hating loser. An impression Warner Bros., doesn’t realize they will not easily be able to walk back after what appears to be two live-action movies and a woke animated series.