What is there to say that hasn’t already been said in nearly 9000 reviews? Warcraft III originally launched nearly 18 years ago in July 2002 and after nearly 18 years of technological and programming advancement, its remaster releases as a downgrade in nearly every regard. 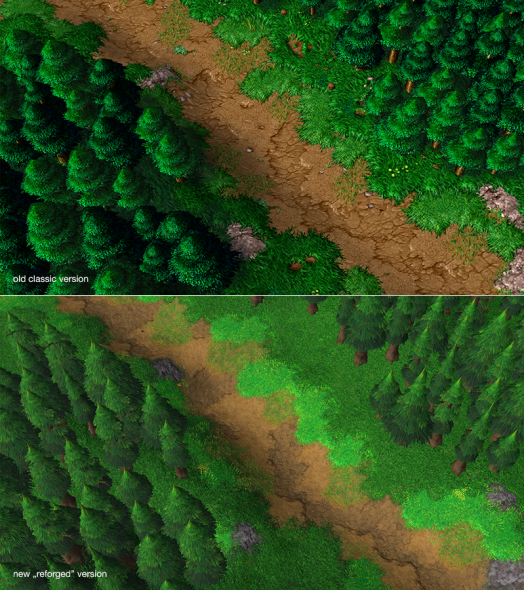 Not only does the game manage to downgrade itself from a nearly 18-year-old game, but additionally downgraded from what they showed off in 2018, as showcased in the comparison by GyLala.

It is a mind-boggling task to deduce where, to begin with, what is wrong with this game. Ranging from a growing list of missing features, such as tournaments, offline play, profiles, offline bots, custom campaigns, to an equally impressive list of newly implemented bugs that plague the game to a now total of 4 hours of missing cinematics. Cinematics that Blizzard promised to update to be more progressive and up to date with the series current “lore.”

Surprising no one, these issues have landed the game on Metacritic a whopping 0.7 and continues a downward trajectory that potentially will see the game reach 0.5 or lower. Eternity: The Last Unicorn for the PS4 as Metacritic’s worst game of 2019  sits at 36 with a 4.0 from consumers. Left Alive the worse game of 2019 to come from a AAA publisher sits at 37 with users reviews inflated to 8.3 as a result of fake 10/10 reviews from marketing accounts. Fallout 76,  which released late 2018, sits at 53 from critics and 2.7 from users. 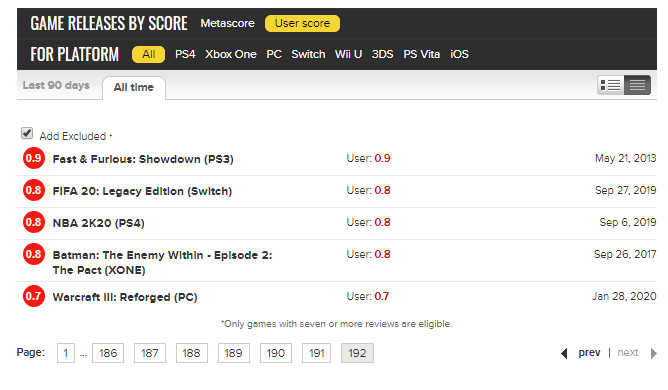 0.7 isn’t just an abysmal user score that is a black stain on Blizzard’s reputation. That would be bad in its own right, but with a score that low it has earned Blizzard the honor of having the lowest scored game on Metacritic.

Fans are thus turning toward botnets and the seven seas to once again play this beloved masterpiece as Blizzard refuses to issue any refunds. If investors were irate after the no phones comment, imagine how it is now with no audience.