Grasshopper Manufacturer’s third-person, hack-and-slash, gory reality TV-style action game called Let It Die has managed to surpass more than 6 million downloads worldwide after releasing exclusively on the PlayStation 4 way back in December of 2016, and later on in September of 2018 on Steam for PC.

To be honest those aren’t the most impressive numbers for a free-to-play game given that many other titles within the genre usually boast an average of 10 million downloads or more, especially if they want to be considered successful with a long tail-end. 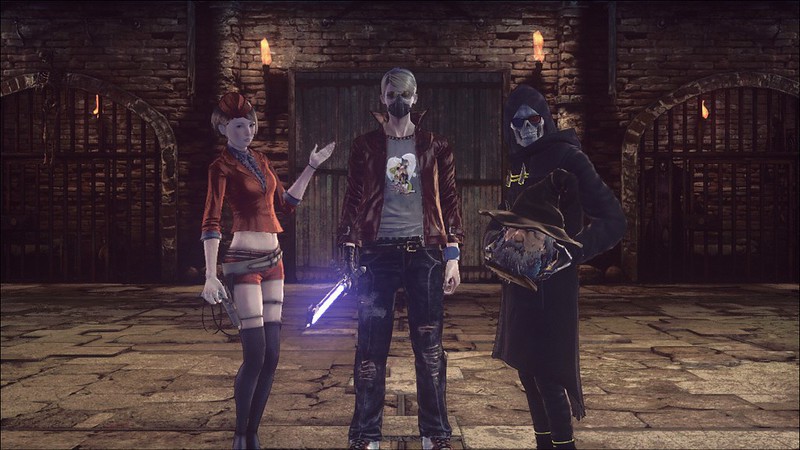 Anyway, in the press release Kazuki Morishita, the president and CEO of GungHo Online Entertainment – the publisher behind Grasshopper’s title – mentioned…

“We owe it entirely to our dedicated fanbase, our ‘senpais’, for getting behind LET IT DIE and making this milestone possible. The journey with them has been a pleasure as we have watched the game grow – just imagine the sheer amount of Death Data out there!”

The milestone is being celebrated with a special in-game event both on PS4 and on PC as part of the season 10 finale, where a team deathmatch tournament is taking place between February 26th and March 29th.

The game is sustained through premium purchase packs that range from $0.99 up to $50.

The good part about Let It Die is that it retains a lot of the fan-service that gamers expect from Grasshopper Manufacture, and the women look hot, which is a really important factor in whether or not a game is worth playing these days.

As for the actual gameplay? It’s just as the trailer depicts: a hack-and-slash, scavenge and survive game where your objective is to battle, collect, customize, and win against your opponents while scouring through dystopian environments.

You can check the game out right now over on the PlayStation Store for the PS4, or hit up the Steam store page if you want to give the game a go for PC.