Illfonic may not have the best reputation around, but so far their take on the Predator franchise actually seems to be better than the last few movies that have come out. Ahead of the game’s release on April 24th, 2020 for PS4 and the Epic Games Store for PC, they rolled out some new gameplay videos featuring both the Predator gameplay and the Fireteam gameplay.

The first video features eight minutes of the Fireteam gameplay. Their mission objective involves raiding an enemy’s camp and destroying some generators after rigging some transmitters. The Fireteam objectives are not unlike how it was in the original movie, where Arnold’s team was sent in to take out the guerrilla encampment.

The Fireteam has two enemies to worry about, though, the NPC soldiers and the player-played Predator. You can check out the gameplay video below, courtesy of IGN.

After taking out the solar camp, the Fireteam has to traverse a couple hundred meters to the extraction point in the jungle.

Once they reach the extraction, a chopper will come to pick them up, and players will have to defend the extraction point until they can escape.

If you’re successful, then a short cinematic will play of the Predator being angry about not being able to kill the Fireteam before they completed their mission.

The mission segments play out rather quickly, and you can basically get through them in around 10 or 15 minutes, which means matches move at a rather brisk pace.

IGN also uploaded an alternative video showcasing what it’s like playing as the Predator as he hunts down the Fireteam.

Unlike the Fireteam, the Predator doesn’t have to complete separate or additional mission objectives other than killing off the Fireteam. This will require some measure of stealth and cunning to ensure that you don’t get spotted and suppressed by the other players.

The Predator doesn’t have enemy indicators like the Fireteam does unless you use the thermal vision and manually track the targets. At that point you’ll get a red dot over enemies moving on the ground.

Much like in the movies, you can also alter your vision to get a better glimpse of the enemies. I have to admit that the sound effects are absolutely spot-on, and really capture the sort of atmosphere that John McTiernen managed to depict in the original 1987 masterpiece.

Much like Rebellion’s Aliens Vs Predator from 2010, the Predator can leap around vertical environments and use the trees as cover, along with the camouflage.

The Predator also has limited amounts of life, but he can heal himself using the health kit from the movie series.

While the traversal and the shoulder cannon targeting looks pretty much spot-on to how it was in the movies, the melee combat looks awful. 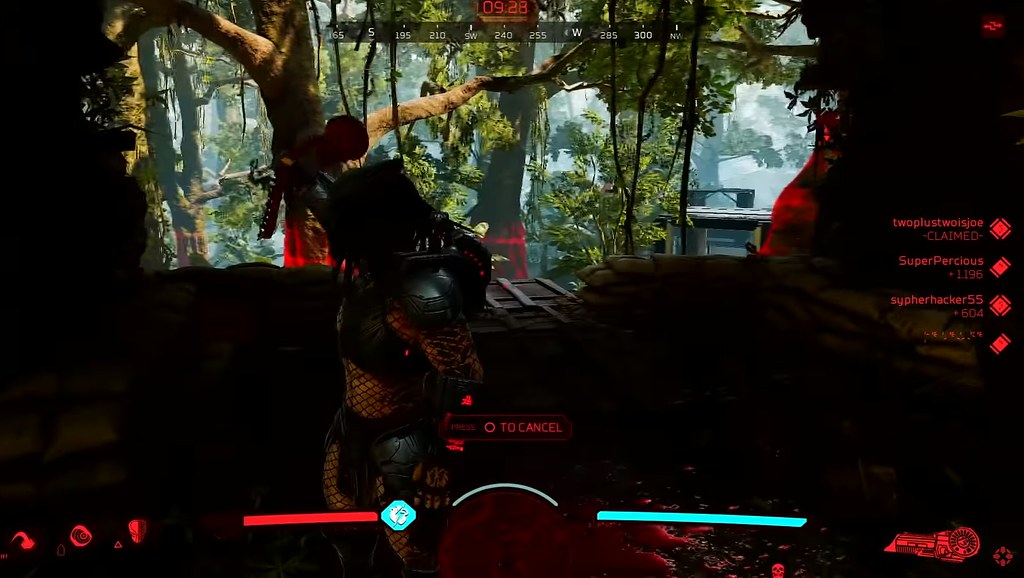 The melee is pretty janky, too, both for the Fireteam and the Predator.

It looks like they tried using the kill animations from Friday The 13th: The Game, but the models weren’t properly aligned, and so they kind of jiggle and have collision detection issues when the Predator attempts to remove the spine from his victims. Also there’s very little hit detection feedback in the animations when the Predator is slicing and dicing on the humans, which makes it look like someone is trying to eviscerate a mannequin with foam claws.

Also, attempting to do “death from above” takedowns is almost impossible because you can only dismount or leap even when enemies are directly below you. That or the person from IGN playing the game has no clue how to play or how to perform death from above, but given that it’s Illfonic it seems to be a 50/50 chance when it comes to the blame game of not being able to perform such a feat.

The thing is, there is some potential with Predator: Hunting Grounds.

You can see how a skilled player could very readily and quickly dispatch the Fireteam, but that’s not what we saw in the video. 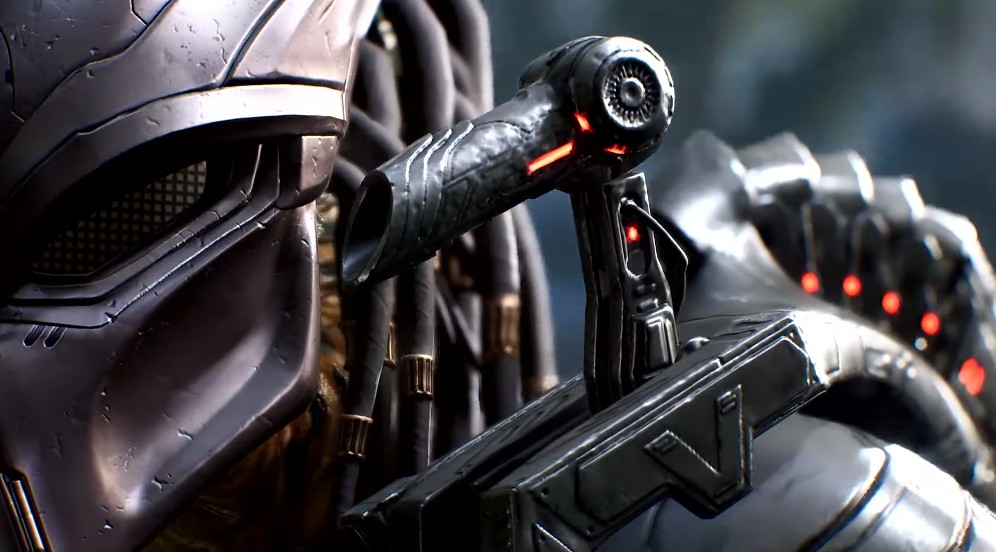 Both the Fireteam and the Predator were played by absolute noobs, and that created an issue where the janky parts of the game became more pronounced. The other problem is that whoever was playing the Predator had no clue how to perform stealth kills, raised the alarm a couple of times, and had no idea how to focus on a single Fireteam member and stalk them and then pick them off.

Coupling the poor performance of playability in the video with the fact that it’s an Epic Games Store exclusive, and you have a recipe for a potential sales disaster.

If Illfonic really wants to sell Predator: Hunting Grounds to gamers, they need to find actual gamers instead of game journalists to play their game.