Polish developer The Moonwalls and Ultimate Games S.A., announced that they have an interesting new indie simulation game called Commander ’85, which is – as the name infers – set in the year 1985. You play as a computer geek who ends up with a birthday present that ends up changing the lives of everyone after simple games and simulations turn into potential militarized global warfare thanks to a rampant AI.

There’s obvious allusions here to Jon Badham’s 1983 classic, WarGames, which was about an AI that was on the verge of starting World War II using nuclear weapons while playing a not-so-harmless computer game with a young man.

Commander ’85 is similar in some ways yet very different in others. You play as a young Polish immigrant in 1980s America, getting your hands on a rare breed of the Commander computer line. Only, things aren’t quite as they seem, and interactions with the computer opens up an opportunity to journey down a rabbit hole of conspiracy theories, Cold War espionage, and the potential fate of the world.

There are some bizarre things in the trailer, like a poster for Home Alone, which didn’t come out until the 1990s. There’s also a bunch of 3.5-inch diskettes on display, which weren’t as common during the early and mid 80s as the 5 ¼ floppies were. The 3.5-inch disks didn’t really take off until the latter half of the 80s after they became standardized. It probably would have made more sense if his official software for the Commander was on the 3.5-inch disks (which is what the Amiga Commodore used) and his backup software was on spare 5 ¼ floppies.

Otherwise, a lot of it does appear to capture the era that it’s set in, even if it’s a bit of a modern take on that era. 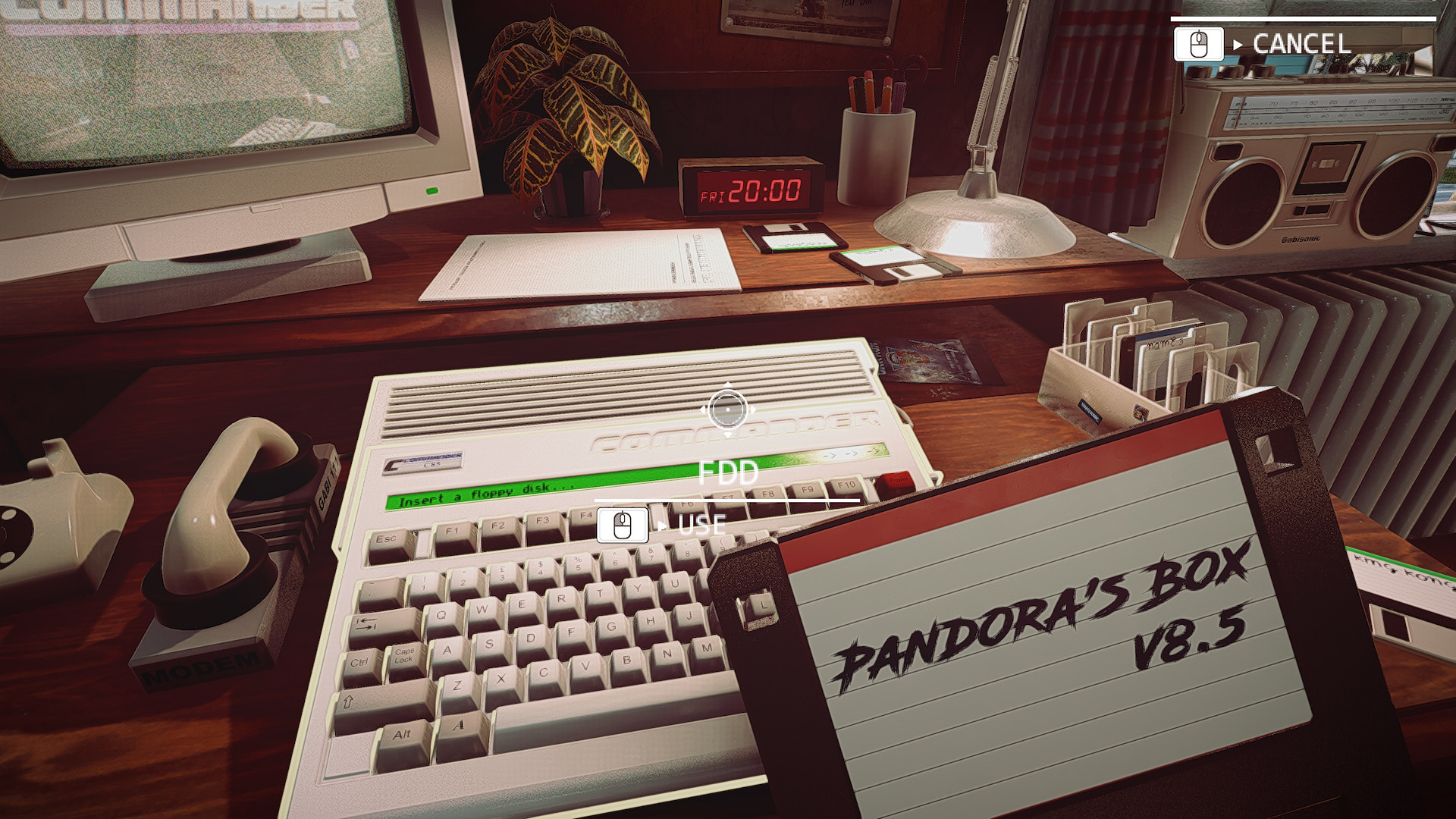 To help mix things up, the game features randomly generated plot points that change each time you play, forcing you to adapt and alter your strategies in order to progress. It also makes a lot of typical walkthrough guides somewhat obsolete.

There are optional quests, mini-games, and even alternate programs you can install on your Commander computer, along with listening to the radio that’s themed around 1980s American culture.

The game looks like it could be interesting, and I like the premise, but we’ll have to wait to see how this all turns out. Hopefully it’s not steeped in modern day Left-wing politics, as that would be extremely disappointing coming from a indie Polish developer.

You can wishlist Commander ’85 right now over on the or look for it to launch on the Nintendo Switch, PS4, or Xbox One sometime soon.