The ESRB has introduced a new label for all regionally rated games from ‘E’ to ‘AO’ for randomized purchased themed around gacha games, card parks, item prizes, or loot boxes that contain random rewards for real money.

On April 13th, 2020 the ESRB – a subsidiary of the Entertainment Software Association – made a blog post explaining how the new label works, and how it will be applied for games that contain any of the aforementioned purchasing options within the software itself.

The relevant part of the rather succinct post states…

“This new Interactive Element, In-Game Purchases (Includes Random Items), will be assigned to any game that contains in-game offers to purchase digital goods or premiums with real world currency (or with virtual coins or other forms of in-game currency that can be purchased with real world currency) for which the player doesn’t know prior to purchase the specific digital goods or premiums they will be receiving (e.g., loot boxes, item packs, mystery awards).

So what does this mean? Well, it means that any games that try to sell you items, microtransactions, or DLC through a randomized mechanic for real money will (or rather, should) have this label applied.

This will apply to card packs, so games like EA Sports UFC should be impacted if the game is ever re-rated or a new entry in the series is released, along with the annual FIFA, NHL and Madden outings since they use virtual card packs, too. Any CCG that relies on random card packs would also be impacted, such as Hearthstone or Gwent. 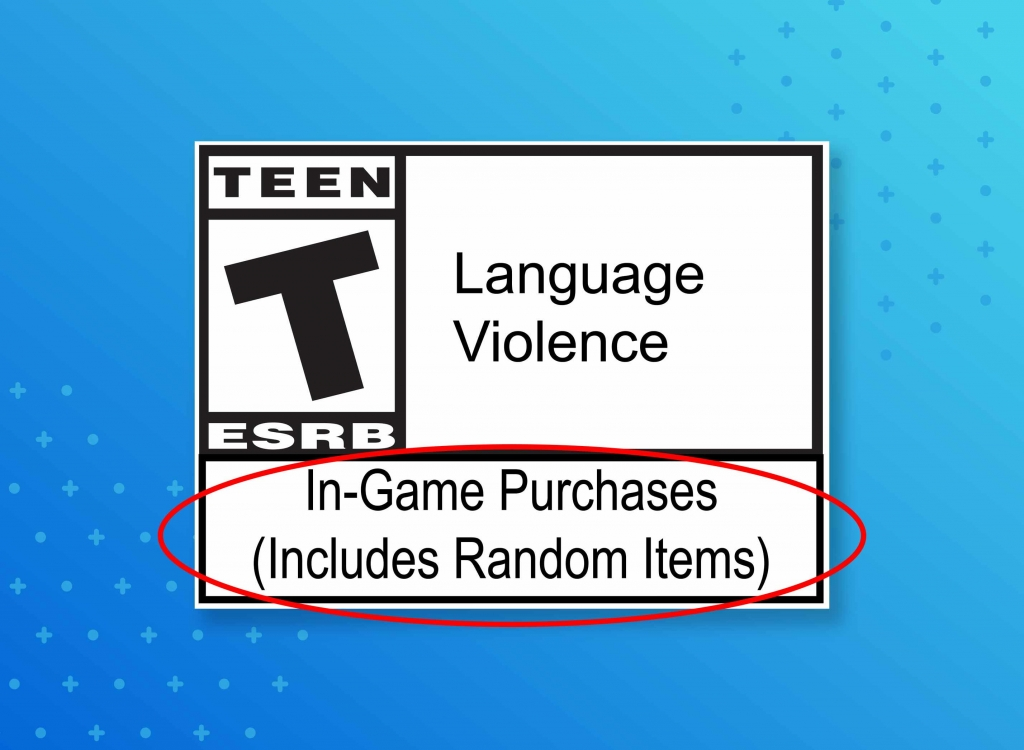 Games with any sort of random prize in exchange for real money, even if cosmetic, will also be affected, such as gacha games where you spend money to earn currency to purchase a waifu or husbando. This would apply to games such as Azur Lane or Fate Grand/Order.

Games like Call of Duty or Battlefield, where you can unlock perks or weapon crates through the loot boxes would also need the label as well.

Basically a ton of major AAA titles, CCGs, and almost everything from Electronic Arts or Activision Blizzard would be impacted.

The “Includes Random Items” will only apply to the games that contain the loot box-style mechanics in response to government inquiries into the matter. The “In-Game Purchases” label will still apply to other forms of DLC as well, but if they don’t contain randomized purchases for real money, the rating will not have the additional “Includes Random Items” tag attached.

This is a very slow response from the ESRB and the ESA coming two years after people requested for them to address the issue to avoid government regulation. However, the ESA denied there was any issue with loot boxes, despite its similitude to gambling and studies showing that the mechanics are very similar to gambling if not outright gambling.

Some countries banned premium loot box purchases altogether, while others continued to “investigate”. The ESA’s response was to finally add a single line on the ratings label two years after the fact, and under the threat of possible legislation against the inclusion of premium loot boxes aimed at customers under the age of 18.