Long time Kotaku writer and member of the infamous Game Journo Pro cabal Jason Schreier has announced http://archive.is/G0A2D he will be departing from Kotaku as of this Friday.

His tenure with the site has been marked by consistent involvement in controversy after controversy. Chiefly he has used his platform to further a far-leftist political agenda that has most recently centered around the push for unionization in the gaming industry. Each new call for unionization has typically been preceded by an article detailing the horrible crunch culture inside various studios. Reports that have often been criticized as gross exaggerations or outright lies by the industry itself.

That’s not even to mention his attack on anyone who enjoyed the fan-service in Dragon’s Crown, likening the buxom sorceress to a “lolicon fantasy”. 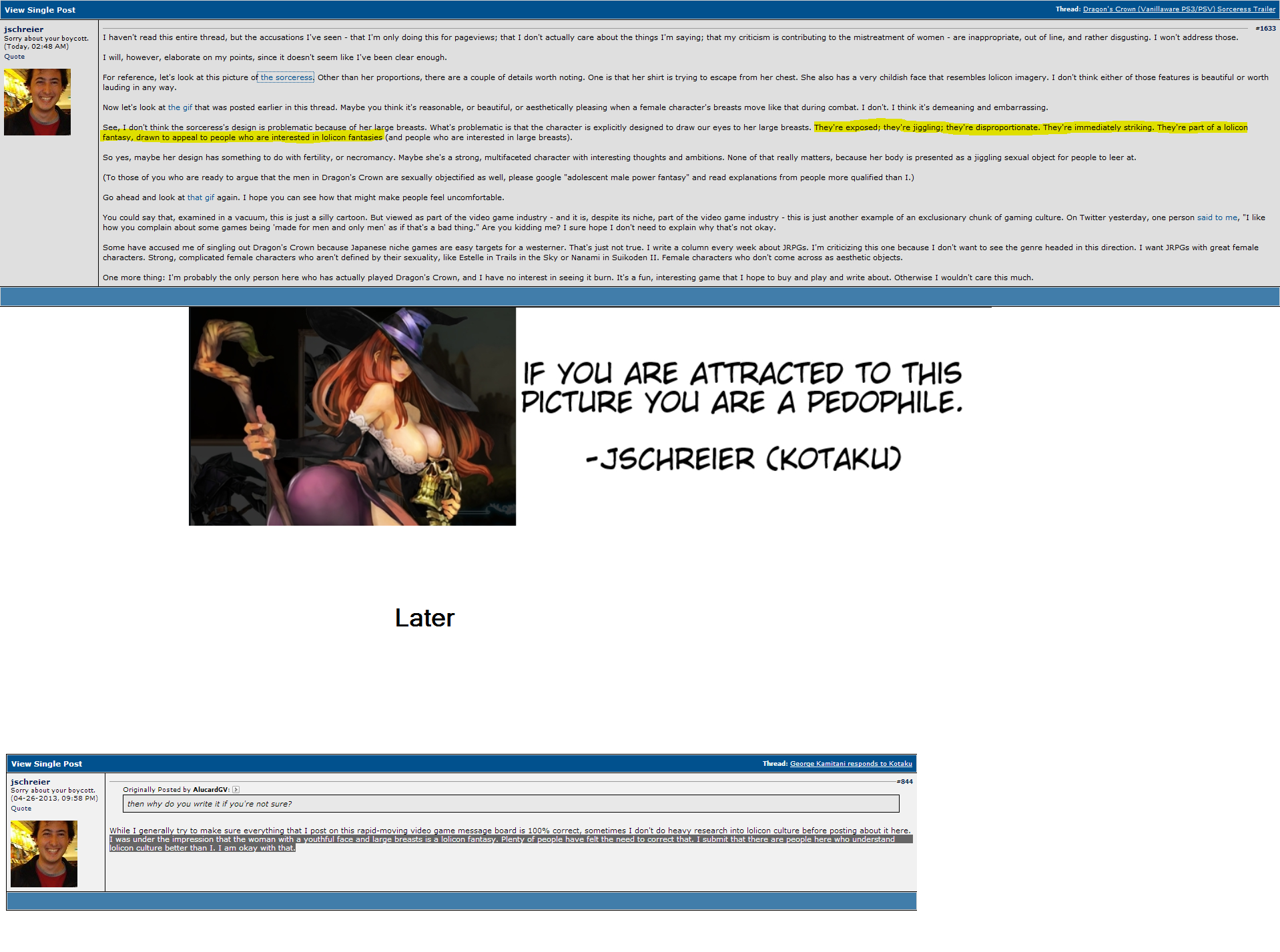 In his farewell message, in-between self-congratulating and outright rambling, Schreier cites the reason for his departure as the new editorial guidelines coming down from G/O Media.

“I don’t think it’d be productive to spend too much time on the reasons I’m leaving, which will probably be obvious, other than to say this: When I think about what happened to Deadspin, bile builds in my throat. After October 29, 2019, it became clear to me that I could not work at this company for much longer.”

“Still, it was a hell of a ride, wasn’t it? Previous iterations of this company have offered its staff an unprecedented level of editorial freedom over the years, and I will be forever grateful for that.”

For those unaware of the situation, it is quite a ride. Following Hulk Hogan’s lawsuit, Gawker Media was effectively bankrupt and sold off to Univision in 2016. The company would go on to remove six controversial posts from the various websites as a result of further lawsuits over their defamatory content, but overall continue operations through 2018.

During their tenure as stewards, the value of Gizmodo decreased significantly as a result of the various websites operating at a net loss during the period. Thus in 2019 equity firm Great Hills Partners acquired the sites and merged them into G/O media, who proceeded to issue new editorial guidelines that websites are to focus on their core mission rather than serve as a political blog for their writers.

This resulted in Deadspin’s unionized staff revolting and either leaving of their own accord or being fired. When Schreier references that incident he is talking about his bosses instructing him that he will only write about video games and Kotaku will no longer be their personal soapbox.

Though these are his stated reasons it doesn’t take an investigative reporter who covered wars to deduce his sudden departure likely has more to do with the Media extinction event currently occurring, as covered by Clownfish TV.

This is supposition, but with advertisement rates dropping by as much as 70% for some vendors, many websites have issued edicts silently that they will begin pandering not to major companies or far-left agendas anymore, but instead towards the fans to stay afloat. Alexa’s statistics on Kotaku over the last 90 days show a website in dire failing health in need of a direction overhaul. 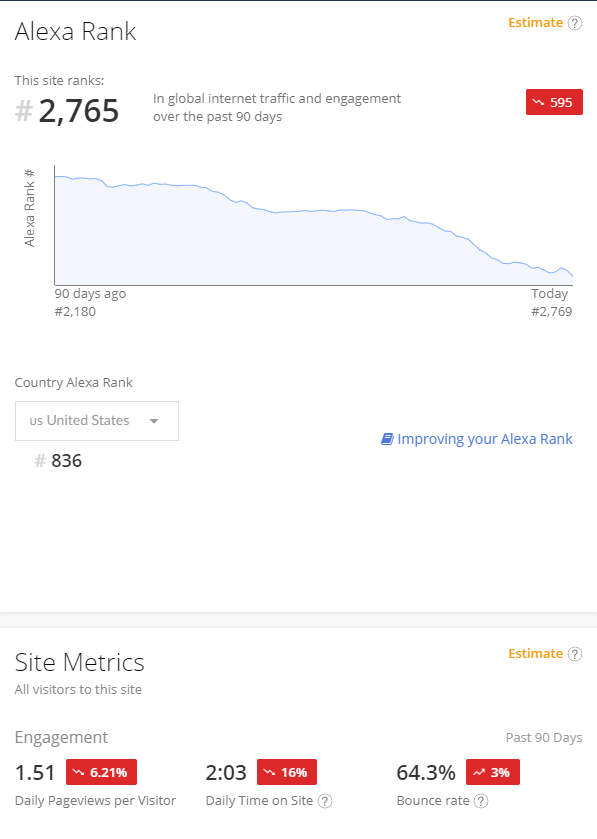 Thus it isn’t unreasonable to presume some changes are coming down the pipeline for G/O media. These would be no different than the changes being seen by other websites who have suddenly started siding with fans after years of denigrating them. It’s basic economics: When major companies were shelling out influencer money to these companies they were pushing their agenda and doing damage control for them.

Now that influencer money has dried up companies must target their source of income and that is now the actual customers. With Schreier firmly against the average consumer that he views as problematic this would not fly with him.

As he moves onto new things it will be interesting to see how he stays relevant in an industry that is shifting, even if only temporarily towards appealing and appeasing the actual consumer rather than major corporations or far-left activists on Twitter. After all, his relevancy stems entirely from his insider information provided by his Game Journo Pro colleges in violation of the various companies’ Non-Disclosure Agreements. Without Kotaku’s name, it will be interesting how long the industry allows that to continue.

Regardless, it is unlikely we have heard the last of Schreier or his agenda pushing.