There aren’t many real-time strategy games on the Switch for some peculiar reason. Even though it’s probably one of the few consoles designed to take advantage of easy unit manipulation and screen navigation thanks to the motion controls and touchscreen functionality, there just aren’t that many RTS games on the system. Well, Deqaf Studio and No Gravity Games want to change that perception around and they’re doing so with their indie outing, Make War.

The game is a mass-destruction RTS title that uses voxel graphics to allow for all sorts of bloody, physics-based mayhem.

Obviously, anyone looking for a Creative Assembly-tier outing like Total War with high-end, cinematic-style graphics likely won’t be galvanized into purchasing Make War, but if graphics aren’t everything then the game will definitely appeal to you in a big way given how expansive it is when it comes to lots of units on-screen engaged in complete and utter battlefield destruction.

You can get a glimpse of what the gameplay is like with the trailer below.

So what the heck is th egame about? Well, it starts with the Roman empire, moves through history with the Vikings, and then World War II, cyberpunk warfare, and eventually alien invasions.

You’ll have 35 different combat units to command, 45 different weapons to equip, and more than 160 missions to complete.

The gameplay is all about setting up your defenses, putting together a ruthless offense, and watching the bodies hit the floor with exploding debris, dismemberment and blood spurting everywhere. 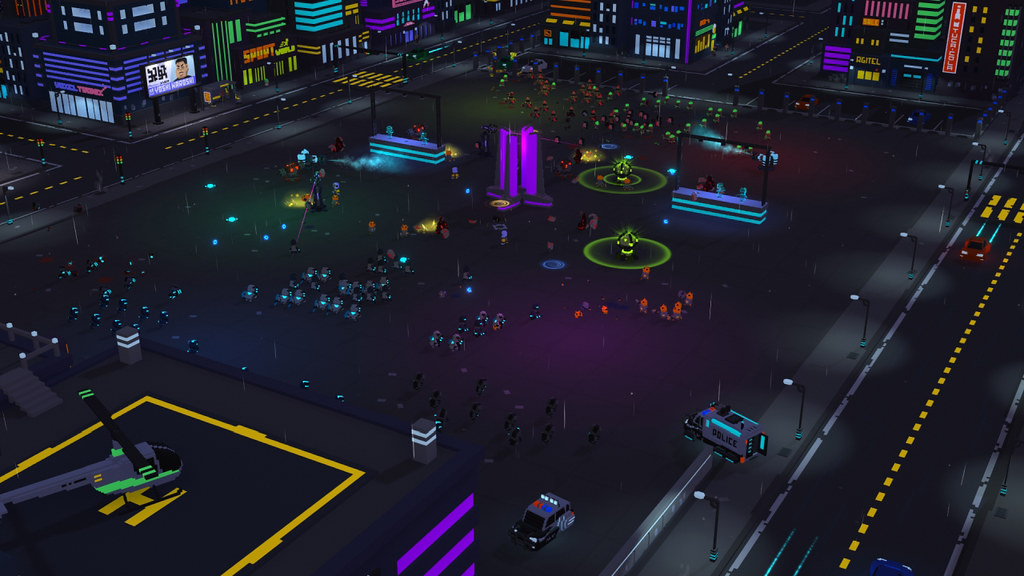 The game is available for only $9.99, but you can get the game for 50% off the normal price if you own one of the previous No Gravity Games outings, including Alder’s Blood, Strike Force Kitty, Exorder, Dream Alone, Pirates: All Aboard!, Rawr-Off, Ego Protocol or Nonograms Prophecy.