I haven’t been the biggest fan of DotEmu and Lizard Cube’s take on Streets of Rage. Some of their design decisions aren’t just questionable, they’ve been downright appalling. However, the latest trailer for the game has won me over because it reveals that there will be 12 playable characters, including unlockable characters from all the past Streets of Rage titles on the Sega Genesis.

Yes, you will be able to play as Max, Skate, Blaze, Axel, Dr. Zan, Shiva and Adam from the original Streets of Rage trilogy.

As showcased in the trailer, the sprites haven’t been touched or modified, so they’re the originals as they were intended to be.

It would have been nice, though, if they at least gave the old sprites a filter option so you could do like with the emulators and turn on the Super Eagle mode to smooth over and interpolate the pixel edges to look more rounded.

It would at least make the old 16-bit sprites look a little less like standouts compared to the UHD hand-drawn sprites.

It’s a minor peeve of mine, but I imagine if you get the game on PC you’ll likely have modders putting in the time to fix up the old characters to either match the quality of the new ones or at least look less digitized. 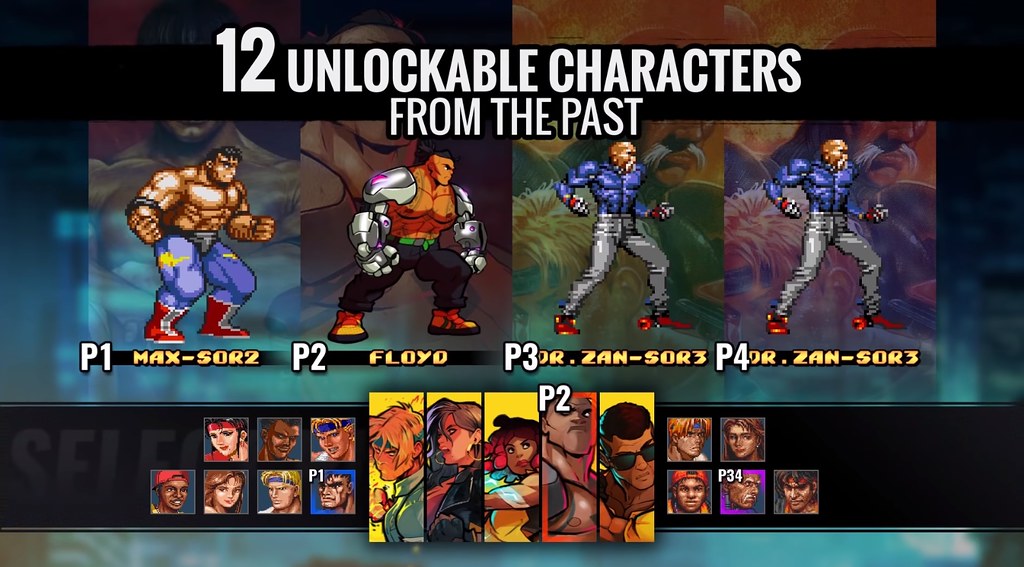 But I’ll be honest, this has me legitimately excited.

Even if they added characters like Cherry as a head-nod to today’s Liberal-controlled media, being able to play as the classics like Max, Skate, and a non-fat version of Axel is pretty cool.

Also, I can’t deny the fact that the four-player online mode is absolutely awesome. This is almost starting to feel like a complete package, especially with the ability to switch between the new soundtrack and the original Sega Genesis soundtrack? Oh, too sweet.

There’s still no release date set for Streets of Rage 4, but they have opened up pre-orders for the game over on the Limited Run Games store page for $34.99.

A special limited edition of Streets of Rage 4 in a physical package is also available for pre-order on the Limited Run Games store for $59.99, and it in comes in a collector’s edition case that mimics the old Sega Genesis boxes.

You know the rules about pre-ordering, but it’s hard to deny that it’s looking like a must-buy for a few of us out there.

(Thanks for the news tip Cinj)