Neon Castle Studio’s Lost Cycle has undergone a name change after initially being announced back in February. I’m not sure why the name changed, but now the game is known as TechnoTsunami. I don’t know if the appellation is better or worse than before, but what I do know is that the Early Access date is set for April 17th on Steam.

The Early Access date was accompanied by a new trailer that was posted up over on the official Neon Castle website, where they revealed that gamers will be able to get a small taste of the art deco, retro-fi shooter later in the month.

You can check out the new trailer below.

Unlike the original announcement trailer there are no action sequences in the Early Access trailer, probably because the action scenes were criticized for being… unpolished.

The robot animations were of the ragdoll flailing kind, and their behavior seemed less scary and more goofy.

Flailing robots can definitely be scary, but they still need an element of realism to them – a sort of kinetic humanism to their movement so that we know we’re looking at something imitating humans but not quite human.

If possible, I would have the lower bodies move realistically when walking or at least like a biped robot so there’s some stability, but then the head or arms or body contorts in ways while moving that’s unhuman like. 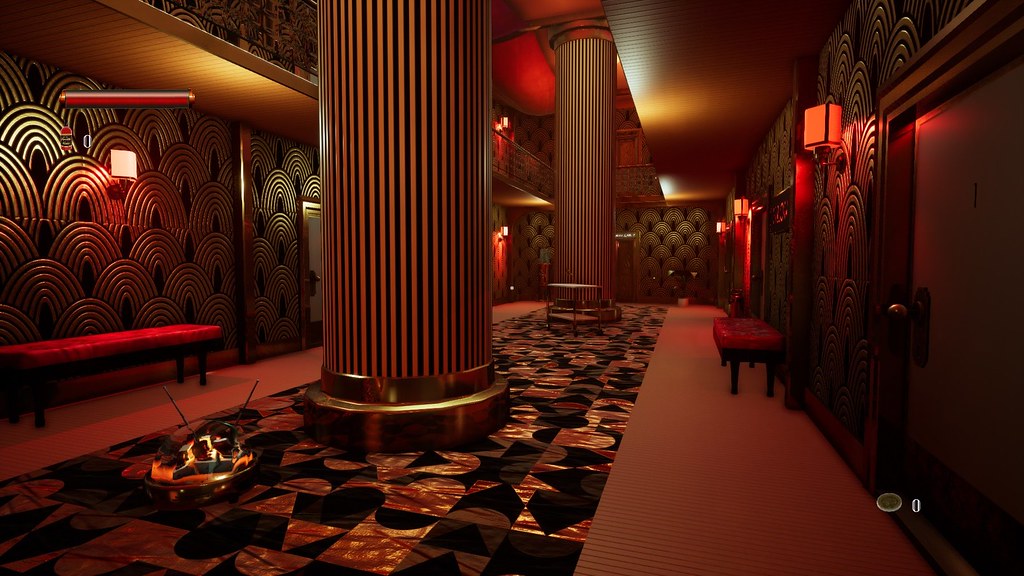 Anyway, the visuals are absolutely top notch for this game. It really does look like a BioShock on a space cruise, and I think they nailed the art-style.

The goal in Early Access is to get feedback and add polish to the game after implementing all the levels. They still need to add in more weapon and combat variety, as well as the main story quest and other languages.

The FAQ estimate puts Early Access graduation at around mid 2021. So if you don’t want to take part in the Early Access, you can still wishlist or follow the game over on the Steam store page and pick up a copy once it’s complete.

(Thanks for the news tip Asuka Soryu Unit02)