Behaviour Interactive really seems to work hard in finding new ways to keep gamers interested in their asymmetrical horror game, Dead By Daylight. The latest update set to go live in June is a collaboration with Konami that features Silent Hill content, specifically the Executioner, better known as Pyramid Head, and a brand new survivor in the form of Cheryl Mason.

In addition to the two new characters, there’s also a brand new map from the Silent Hill universe that sees survivors attempting to escape from the Midwich Elementary School. It’s based on the twisted and distorted version of the map from the nightmare realm.

I’m shocked that Konami signed off on the collaboration, but I’m guessing they’re hard up for cash and are looking to skim whatever funds they can from licensing out their properties after all their big-name creators took leave.

As depicted in the trailer, players who take control of the killer will be able to play as Pyramid Head, utilizing his great knife to wield against the four other survivors in an attempt to kill them before they escape the level.

Many of these asymmetric games aren’t to my liking, but I must admit that Behaviour Interactive managed to find a successful niche in the genre and continue to update and upgrade the gaming experience for Dead By Daylight regularly enough to maintain a dedicated audience. 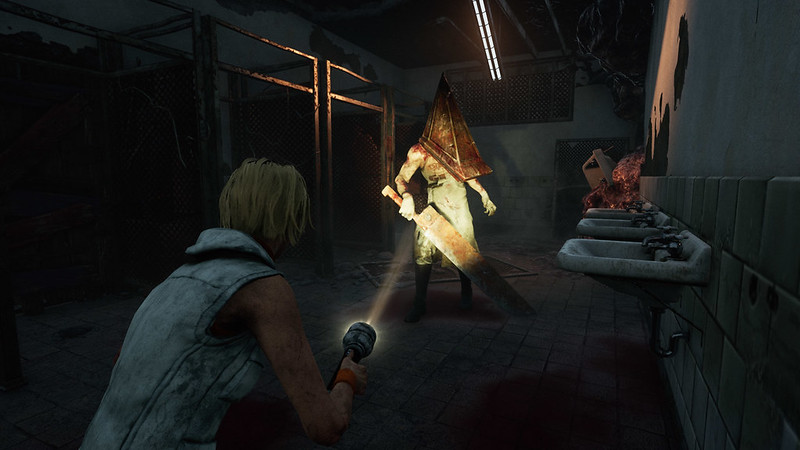 Adding more and more licensed property to the game will possibly only further increase its popularity, barring any kind of ridiculous developer controversies or anti-consumer practices.

In any case, if you were interested in the new update for Dead By Daylight, which is due to drop for the PlayStation 4, Xbox One, Nintendo Switch, and on Steam in June, feel free to visit the official Steam store page for further information.