One More Level, 3D Realms, Slipgate Ironworks, and All In! Games released a new trailer for the first-person, parkour, hack-and-slash action title, Ghostrunner. The new cinematic gives you an idea of what the new cyberpunk game will be like as well as reminding you that there”s a limited time demo available to download over on the Steam store page.

The demo is only going to be available up until May 13th, so you’re going to have to act fast if you want to get in any play-time.

The trailer is set to some dirty fusion with plenty of blood, gore, and fancy sword work. We even get a hint at a multi-tentacle armed villain that you’ll have to face off against.

It’s only just under a minute long so there isn’t a whole lot to it, but it’s enough to remind you about what Ghostrunner is attempting to achieve.

The last we heard about this game was back during GamesCom in 2019, where there was a seven minute gameplay demo showcasing the wall-running, combat, and environments. IGN also recently tossed up some new gameplay footage alongside the release of the new demo.

The general concept of the game centers around attempting to scale up a tower and kill everything in your path, humans and cyborgs alike. 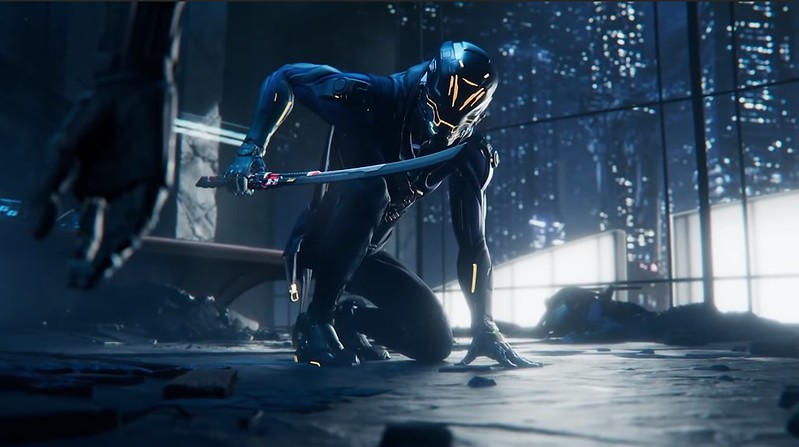 Along the way you’ll be able to unlock new abilities and upgrades to aid you defeating enemies and overcoming platforming puzzles.

So far it doesn’t look like the game is converged, and that’s a huge relief. However, things could always change leading up to release. Remember what happened with Ion Fury?

Anyway, Ghostrunner is due out later this year for PC, PS4, and the Xbox One.

You can wishlist, follow the game, or grab the demo from over on the Steam store page while it’s still available.