There’s a new horror-FPS in the works from ISART Digital called Six-Gun. The hook for the game is that you trawl through the dark tunnels of a mine filled with evil creatures. Much like the namesake, you’re given a six-shooter revolver and you only have six bullets to help you survive the experience set in the Wild West of 1886.

The game is built on the Unity 3D game engine and a demo is currently available for download from over on the ISART Digital website.

It’s a studen-made game from a handful of Frenchies, but you can see what the actual gameplay is like thanks to a 14-minute playthrough courtesy of AlphaBetaGamer that you can check out below.

It’s more oa f tactical horror game in the sense that you don’t just run through the mines shooting everything in sight. You have to utilize the environment to your advantage; the six-shooter is more a tactical tool rather than a simple weapon of survival.

The design of the weapon in particular is quite nice, and if they had decided to make a full fledged FPS they’re definitely on the right track artistically. 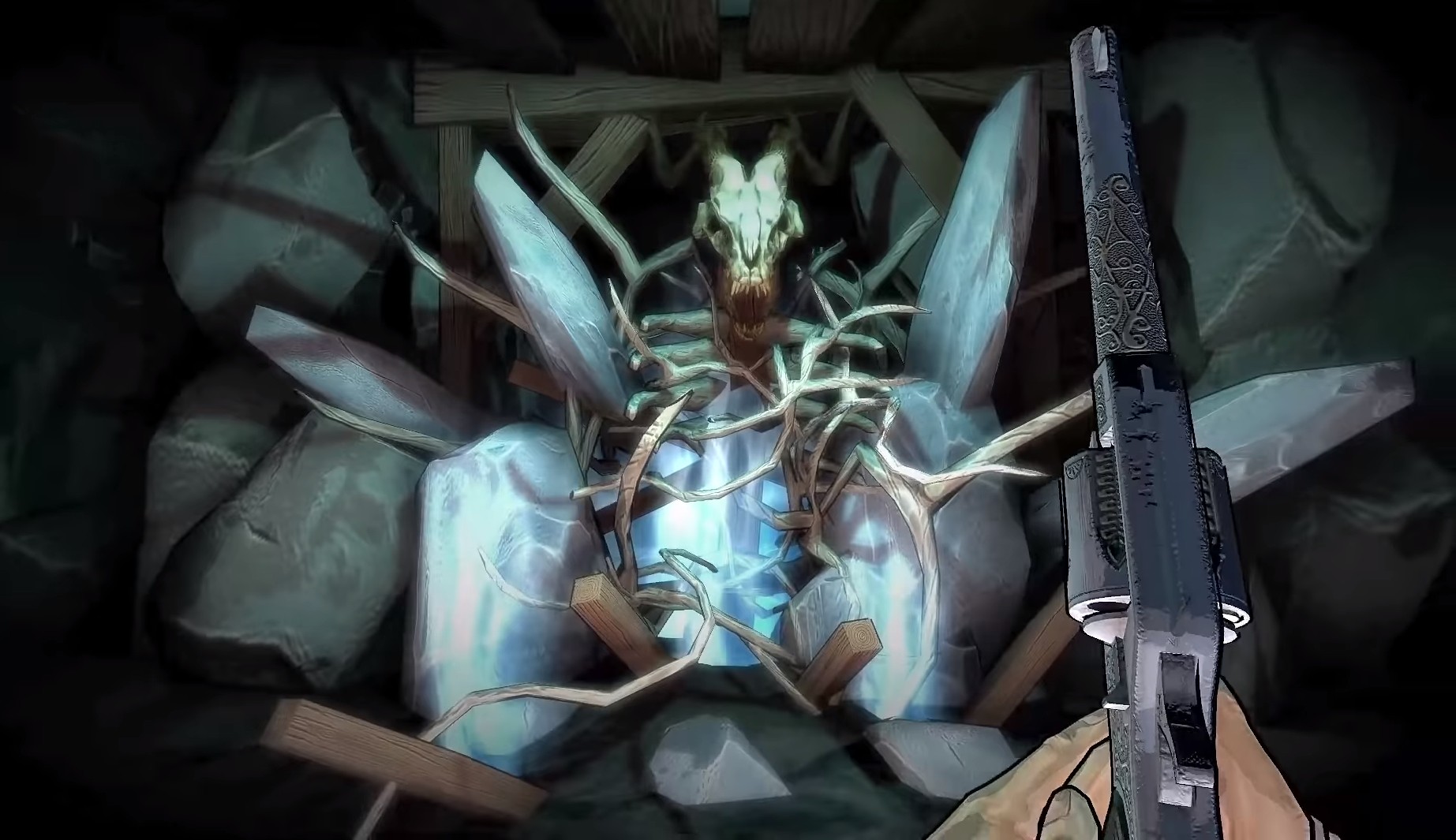 From a presentation standpoint, the game is fairly solid. While the firing animations are a little stilted, Six-Gun is a HUD-less experience where you have to manually check the chamber to see how many rounds you have left and rely on environmental objects to do away with the baddies.

It’s not the greatest game ever made and you can’t just shoot the zombies to kill them – which makes it a very different experience than most horror games out there – but it is inventive.

I would love to see more horror titles out there give you the option to use weapons even if they’re not the most effective. It sure beats just running and hiding like a coward.