[Update 5/102020:] Past tweets from the localizer reveals that they have an anti-male agenda and a past steeped in misandry.

[Original article:] A short while back it was revealed that MangaGamer’s localization staff was converged. To no one’s surprise it was also discovered that MangaGamer’s Western release of Novectacle’s The House In Fata Morgana, also known as FataMorgana no Yakata, had some of the dialogue altered to suit [current year] agendas, including the Japanese term of “tsundere” being replaced in English with “fragile male ego”.

Even though the English version of the game came out back in 2016, some gamers only just now discovered the change and decided to talk about it on social media. It pops up in a conversation between the character’s Morgana and Jacopo.

Sankaku Complex captured the story from a Twitter exchange where one of the localizers – with a trans flag next to their Twitter handle and pronouns in their bio – attempted to justify why they made the change after the issue was brought up recently.

fun fact: in the Japanese, Morgana is calling him a “tsundere” here, and you have NO FUCKING IDEA how many brainstorming sessions it took over several weeks to come up with this translation https://t.co/Ou22oN62p8

this was probably the very last line finalized in the script. we AGONIZED over it for so long

Some people pointed out that “tsundere” – which typically relates to an emotionally distant or cold character that eventually warms over time – is used more often for females and than males in Japanese fiction, and that if the meaning really did relate to a “fragile ego”, then it would mean every time it’s being used in anime or manga it’s depicting a “fragile female ego”.

Such criticism, however, was promptly ignored by the pronoun prefects.

Hero Hei did a video about the incident, warning Japanese developers away from teaming up with ideologically driven localization outfits.

The Rainbow Reich were out in spades to praise the mistranslation because it fit in with the ideals being peddled by Leftists: anything attacking traditional male masculinity.

At this point, if MangaGamer doesn’t clean house then they’re fast on their way to becoming the next Nintendo Treehouse of America.

I attempted to reach out to Yukino, asking why they felt it was okay to stain the author’s original intent with their ideologically driven localization efforts, but they have me blocked on Twitter. 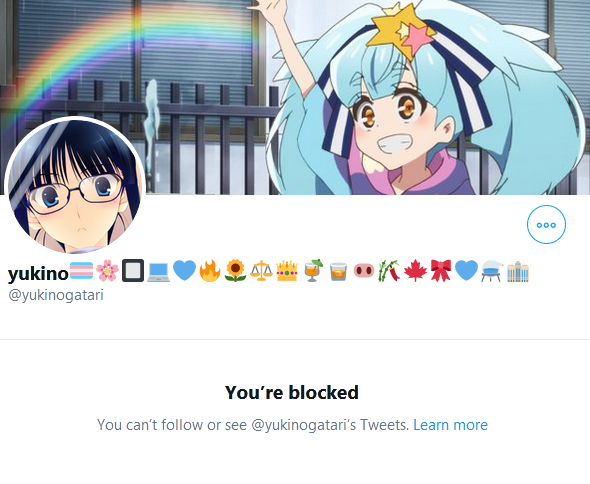 (Thanks for the news tip Ebicentre and LoP)