Nacon and Kylotonn Racing Games’ WRC 9 will be the first rally game for the PlayStation 5 and Xbox Series X. It’s also the first game in the series to include brand new rallies from locations rarely explored, including all new tracks and locations from Kenya, Japan, and New Zealand.

In a recent trailer rolled out to promote the upcoming game, alpha footage from the New Zealand region was spotlighted in a near three minute trailer that highlighted some of the twists, turns, sharp corners, chicanes, and jumps that you’ll be experiencing throughout the land of the kiwis in WRC 9.

There’s a bit to cover here regarding the trailer.

So first of all, it looks like what you would expect from a WRC game. It’s not photorealistic but it’s not ugly either.

Real-time dynamic shadows, time of day, god-rays, noticeable reflections of the environment on the hood of the car, and physically based rendering are all part and parcel programmed into the package.

However, the vehicle physics still look a little… floaty. I didn’t feel as if the car’s suspension was rebounding and responding to the weight of the car as it elevated and declined up and down hills or across inclines.

I didn’t feel as if there was enough mass distribution exhibiting drag on the rear end during the apex of the turn. Maybe it was just me but that seemed to standout during the trailer. 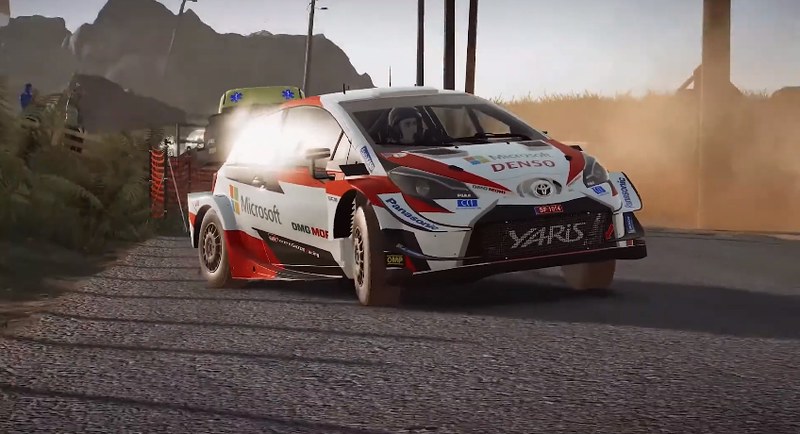 They mentioned that the sound wasn’t final, but I did like the selection of music they used for the trailer, but the vehicle sounds were neither here nor there. They certainly didn’t stand out quite like the original Project CARS or DiRT series.

I can definitely see where some tweaking and modifying under the hood needs to take place. I also thought it was funny that on the parts of the track where they were riding over concrete the tires were still kicking up dustry brown dirt.

Anyway, WRC 9 is scheduled to make its debut on the PS4, Xbox One, and on the Epic Games Store starting September 3rd. The game will release on the PlayStation 5, Xbox Series X, and the Nintendo Switch at a later date.