During the height of the Covid-19 hysteria, few outlets were providing actual coverage of the nature of the virus along with its origins. After all, it was more profitable to portray the disease that we now know is only deadly to the elderly and those with co-morbidity factors as the next black death. Millions were going to die, our hospitals would be overwhelmed, and our entire civilization might collapse because of the virus, or so we were told.

That false reporting was and continues to be acceptable “journalism”, but Zero Hedge’s documentation and coverage of the virus’s emergence from a laboratory in Wuhan — a fact that numerous intelligence organizations and independent scientists have now backed — was deemed a nonsense conspiracy theory.

As a result, five months ago, Buzzfeed campaigned to have Zero Hedge removed from Twitter. For 133 days the permanent ban by Twitter was upheld until it was reversed earlier this month. Twitter in a statement to Bloomberg had the following to say about the incident.

“We made an error in our enforcement action in this case. Based on additional context from the account holder in appeal, we have reinstated the account. We have a dedicated appeals process for all account holders.”

Now, Ryan Broderick the senior writer at Buzzfeed responsible for Zero Hedge being deplatformed, has been fired from his job following revelations of plagiarism. In their dismissal announcement, Buzzfeed revealed following numerous reports they had determined Broderick had failed to provide citations or distinction in 11 articles of works from other sources. Essentially they’re attempting to say plagiarism without saying plagiarism. 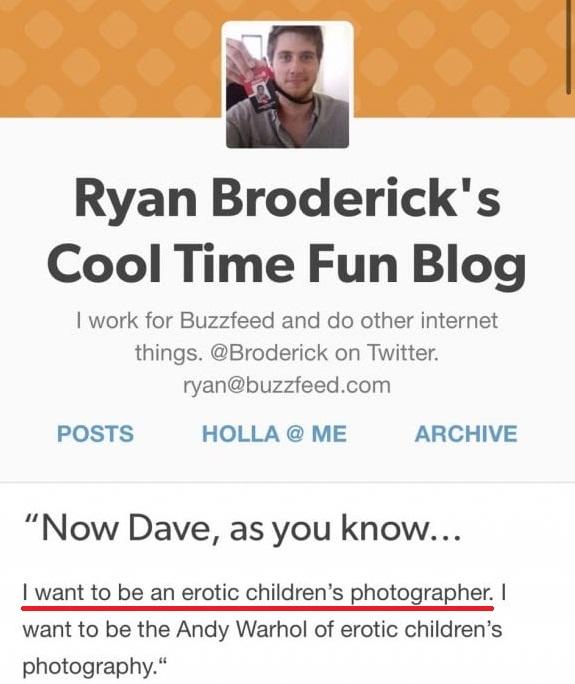 I legitimately need soul bleach after seeing that or a neuralizer. Unfortunately, neither of those exists.