If you haven’t guzzled enough of the toxic “diversity” juice that the Left-wing media has been force-feeding you, your family, and your children, Lucid Games and PlayStation Studios has yet another ideologically viscous offering to coerce down the gaming line-up of PlayStation 5 titles.

The trailer introduces us to two different factions who are set to do battle in a combat arena. As I mentioned in the previous paragraph, the arena looks very similar to the PvP battleground in Tron: Evolution. However, the weapon-less combat consists of smashing, scraping, shunting, bumping, and crashing into other players using a vehicle, as you can see below.

I’m not sure how it all works out, but apparently when your vehicle gets totaled you end up on foot, and I’m assuming you either need to commandeer a new vehicle (ala Rocket Jockey) or you need to steer clear of other players still rocking their wheels who will more-than-likely want to turn you into a smeared skin-streak on the battleground floor.

Once out of your vehicle you can then run around and jump kick other opponents who are also traveling by foot. I don’t know how effective that’s supposed to be, but that’s how it works. 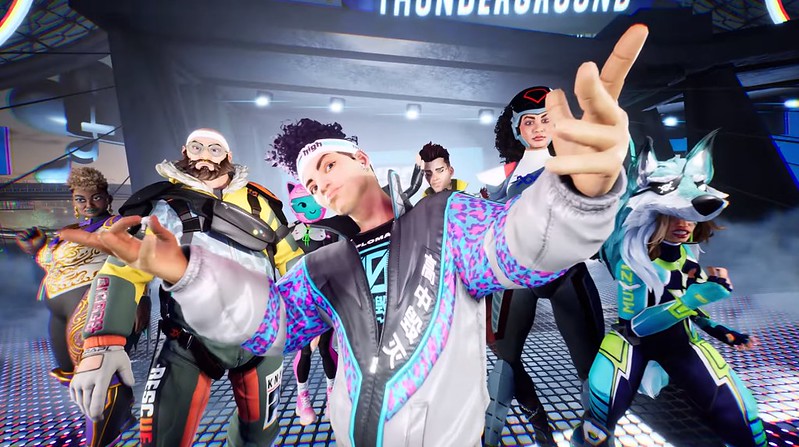 There are some stage hazards to help whittle down the opposition and cull the unskilled, while some elements of parkour and vehicular sabotage appear to be present, not unlike how you can disable titans in Titanfall while on-foot.

Overall, it looks like a trashy game that Sony fanboys will defend to the high-heavens while post-launch lobbies will be more barren than Kate Walsh’s egg farm.

Worse yet is that majority of the playable characters are of the mystery-meat variety, sporting typical POCker fashion and mannerisms, a few of whom fit the bill of falling into the androgynous category. Don’t be surprised if Lucid Games finds a way to force-feed you the information that a handful of the characters are along the LGBTQIA+ spectrum, because Jove forbid that we get a game featuring a large roster that’s degenerate-free in a video game made for [current year] audiences.

This is certainly a game I won’t be keeping my eye on when it preps for release on the PlayStation 5 come 2021.