Earth Defense Force’s publisher D3, announced today two new games are in development for the series. A mainline entry that will be released sometime in 2021 and another spin-off developed by Yuke set to release later this year.

Even though D3 has provided no details about the upcoming entry, as a veteran of the series there are a few things that immediately stand out from the screenshots. Earth Defense Force 4.1 was a direct sequel to Earth Defense Force 3. As such it kept the technological design of the alien invaders. With Earth Defense Force 5 being a brand new universe, the aliens’ technology was redesigned to reflect that we were not dealing with the Ravagers again.

In one of the screenshots provided by D3, a Migrant, the name of the aliens from Earth Defense Force 5, can be seen carrying the same weaponry from the prior game. From this, we can presume Earth Defense Force 6 will occur sometime after the events of the fifth installment.

Typically the alien invasions in the Earth Defense Force series leave Earth in a dire state. Before humanity triumphs over impossible odds, we see great devastation and population reduction, but none as severe as 5’s ending. At the end of Earth Defense Force 5, it is revealed only 10% of the human population survived the alien invasion. Earth lies silent and broken, humanity has been cast back into the dark ages.

In the screenshots, we can see the world in ruins. A nice post-apocalyptic shade of gloom envelopes the world. Where the game will go with this and what new threats humanity will face is anyone’s guess, but we’ll have to wait till 2021 to find out. 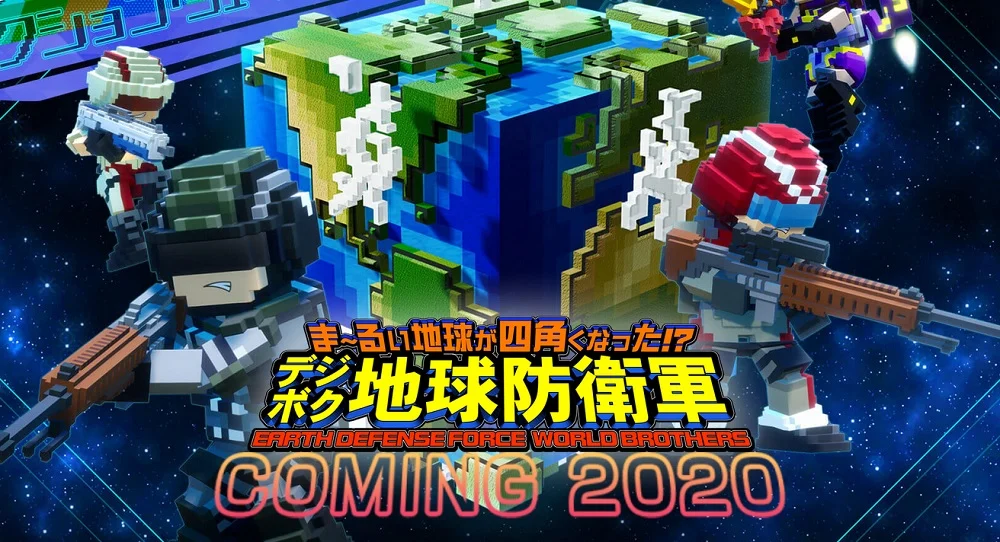 Explaining the hesitation that comes from World Brothers involves a rather complicated albeit intelligent decision on the part of Earth Defense Force’s publisher. Rather than force the mainline development to attempt to cater to western sensibilities, they commissioned westernized games to see if sales would be improved catering to western design sensibilities.

Originally Insect Armageddon was the first attempt in 2011 received generally mediocre reviews and is considered by the fandom to be the worst EDF game until Iron Rain was released. Iron Rain did away with all the nuance of the series, implemented a classless system, and had a rather horrible dry story that failed to present even a fraction of the tension the series had been known for.

World Brothers will once again depart from series norms, by featuring a voxel-based square world filled with Voxel enemies and allies. According to the website, you will be able to recruit and build your own EDF from over 100 characters rescuable throughout the square worlds you will fight through.

The game’s description actually uses the phrase nostalgic to describe the game twice. Not a good sign, but perhaps it isn’t fair to write the game off so quickly. The core concept of building your own EDF and fighting enemies from throughout the EDF games does sound rather cool, and the enemy design appears to be well done with its own unique style.

We’ll know whether this game succeeds where Iron Rain failed later this year on the PS4 and Nintendo Switch.