A bunch of news organization scuttled their own credibility by getting woke, which inevitably led to them losing ad rates, revenue, and viewership. This ultimately resulted in these organizations going broke, which is what happened to Newsarama.

According to ComicsBeat, the parent company of GamesRadar, Future US, is absorbing Newsarama into their vertical, with the latter site no longer continuing under its own domain.

Sam Loveridge, global editor in chief for GamesRadar, issued a statement about the absorption, writing…

“We’re delighted to welcome the Newsarama team and their expert content to GR. Michael and his team are experts in their field, and we know our audience love the universes, characters and stories that crossover from comics to wider entertainment. We can’t wait to add in-depth comics reporting to the site and help develop this incredibly exciting channel and content even further.”

Starting on June 8th, 2020 select stories from Newsarama will be featured on GamesRadar.

According to Clownfish TV, though, a lot of the stories from Newsarama are disappearing from the site.

It was also picked up by KotakuInAction 2, who noted that Newsarama’s old article archives are no longer publicly available, so anything that isn’t in the Wayback Machine or on Archive.is may not be available at all.

It’s true, if you click on the Newsarama links on Google they redirect you back to GamesRadar.

Thankfully there are still some caches in Google available that verify just how woke Newsarama was.

For instance, they had an article published on May 29th, 2018 titled “You Could Be Draing Black People Wrong”. 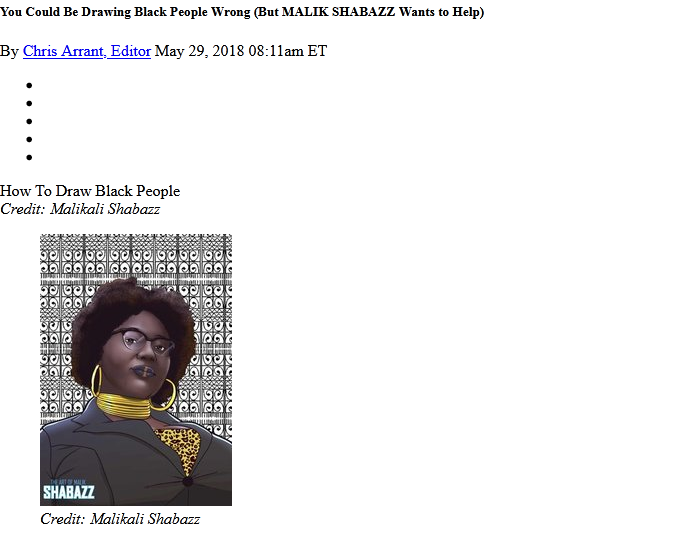 They also regularly wrote about and promoted feminism, here, here, and here.

Ultimately, Newsarama is yet another example of getting woke and going broke, earning them a coveted spot on the Get Woke, Go Broke Master List.

Unfortunately, GamesRadar stepped in to scoop them up to prevent them from going completely bust.

(Thanks for the news tip Lazer)