Kingdoms of Amalur: Reckoning has a special significance for me. Long ago, way before I began writing for One Angry Gamer, I wrote for another website. At the time, the game was freshly announced, with Electronic Arts attempting to create as much hype as possible.

Amalur was a revolutionary game in the same vein as Elder Scrolls, but it would feature a mature narrative set within a world that had 10,000 years of lore written out for it. At the time, game length was all the rage. The longer the game, the better the value was perceived to be, so Electronic Arts put out a story of how their play-testers over 8 days had spent 200 hours with the game. If you wanted to do everything the game had to offer, it would take you upward of 200 hours.

Everyone was positively excited over the claim, except there was a single issue overlooked by every outlet. There are only 192 hours in 8 days. With that highlighted, every outlet replaced their 200 hours in 8 days story with a generic quote reflecting how there were 200 hours in the game. Life lesson, archive, and screenshot everything.

Naturally, the game turned out to be less than advertised. As it turned out to be an over-hyped, single-player MMO set within a generic world with generic combat that takes you along a generic story. Most importantly, it was nowhere approaching 200 hours long.

Overall it wasn’t a bad game per se, but far from the successful launch for an expanded universe. A universe that died with the developer and their in-development MMO.

Now according to a listing on Microsoft’s storefront, the game is getting an overhaul. One that is due out August 11th of this year no less. Without anything shown, it is hard to evaluate whether the overhaul will fix the game’s numerous shortcomings, but at the very least, it should offer an excellent time killer.

After all, it wasn’t a bad game per se, just one tragically over-hyped and oversold by Electronic Arts… one of many corporations on the Traitors of America master list. The good news is that at least the IP is now in the hands of THQ Nordic. 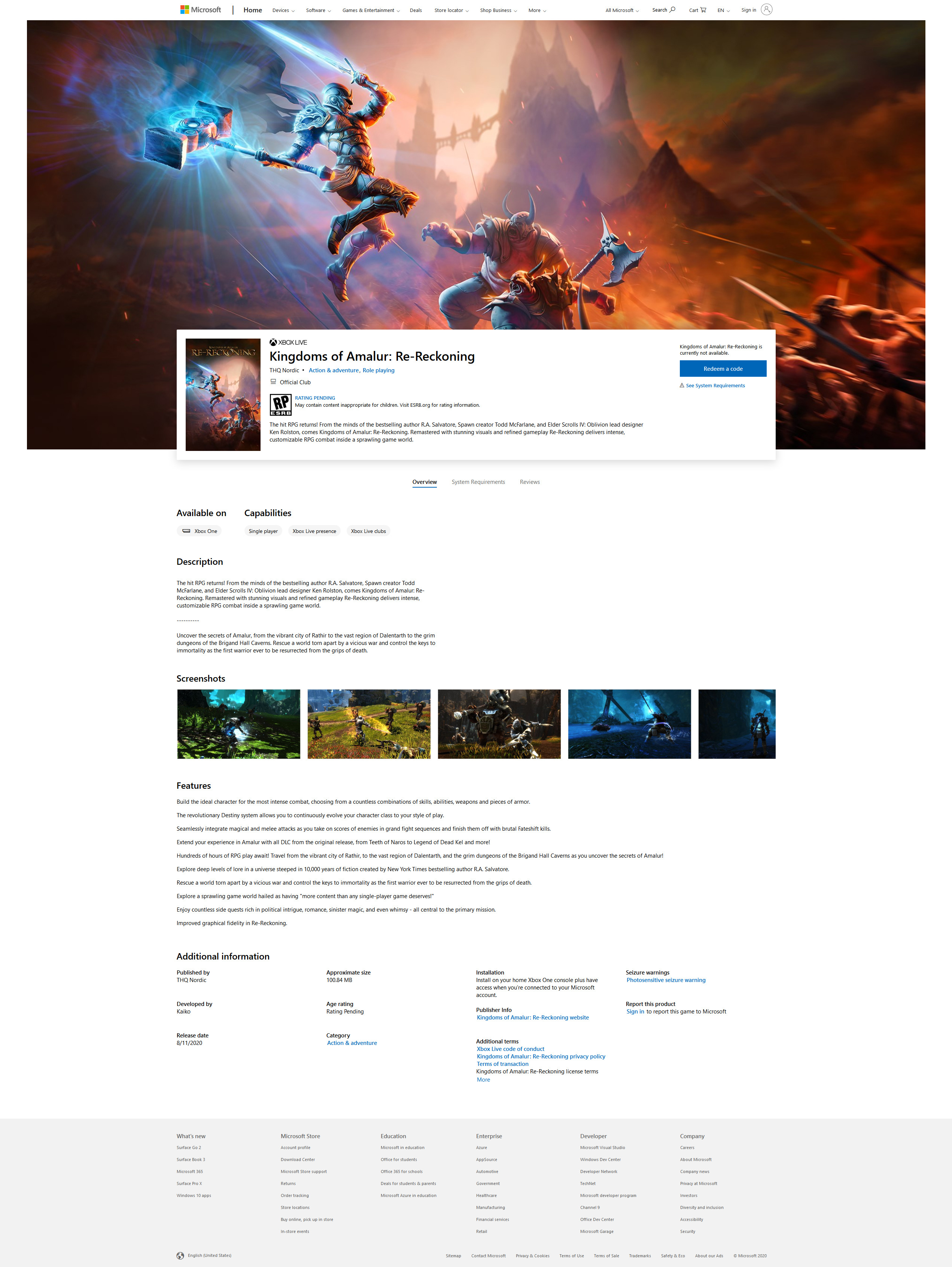 Description From All Games Delta

About Kingdoms of Amalur: Re-Reckoning

Uncover the secrets of Amalur, from the vibrant city of Rathir to the vast region of Dalentarth to the grim dungeons of the Brigand Hall Caverns. Rescue a world torn apart by a vicious war and control the keys to immortality as the first warrior ever to be resurrected from the grips of death.