PlayWay has been publishing some odd games. Usually of the simulation variety; cheap, simple, yet original. However, every so often they seem to add a game to the stable that stands out above everything else they’re producing, and Rock Game’s Ninja Simulator is definitely one of those titles.

The game sees you assuming the role of a ninja during Japan’s Feudal era where you must take on seemingly impossible tasks against great odds and with many obstacles and challenges in the way.

Ninja Simulator looks like a modern day version of Tenchu but without any of the magic or supernatural elements from Acquire’s series. Instead, you’ll have gadgets and utilities that come directly from the era, along with sword strikes, counters, and parries you can utilize to avoid certain death. You can get a glimpse at the concept of the game with the announcement trailer below.

Unlike a lot of other PlayWay-produced titles, this isn’t an on-rails kind of game. You’ll actually have to navigate through forests, across rooftops, and through palaces to reach and execute your target.

Based on the screenshots and video it appears as if the combat will be more realistic, and that sword strikes are nearly instantly fatal. If that is the case and the game takes on a Bushido Blade-style approach to sword fights, then it would make for some cool encounters and require a lot of stealth and strategy to get through each mission alive. 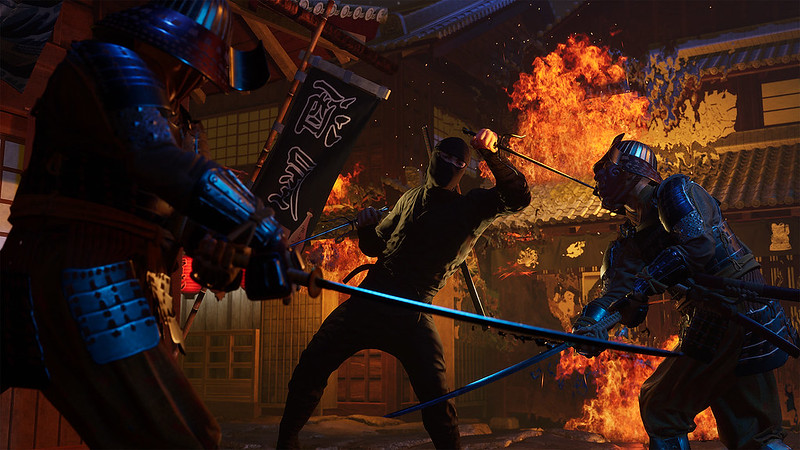 The best part about it is that PlayWay has not succumbed to the whole Traitors of America list, and you can still safely buy their games without worrying about directly or indirectly funding the deconstruction of America’s Western values.

If Ninja Simulator seems like a game worth checking out, you can wishlist it right now over on the Steam store page ahead of its release.