Titan Gamez and PlayWay S.A., announced that they have a new sandbox party game in the works called Redneck Party. It’s not a spoof on American southern culture but rather an actual celebration of it.

Majority of the game centers around vehicular contests that include tug-a-war, stunt challenges, and races.

The loop for the game centers around competing in the events and earning dosh to upgrade your vehicle so you can smoke the competition across the different challenges. You can get a glimpse of what the gameplay could be like with the teaser trailer below.

At first I thought the game was going to be a joke, but after seeing some of the competitions and the fact that you’ll be able to fully customize the paint job, stickers, and swap out the parts for your ride to make it bigger and better than ever before, I realized that Redneck Party could end up being a fun game.

A lot of it, however, depends on how well the developers optimize and refine the driving mechanics. If the physics are wonky, if the handling is bad, if the collision detection is off, or the damage models are lame, then it could very easily detract from the experience. Based on the trailer it appears as if they’re gunning for a realistic damage model, but we won’t be able to tell until actual in-game footage arrives. 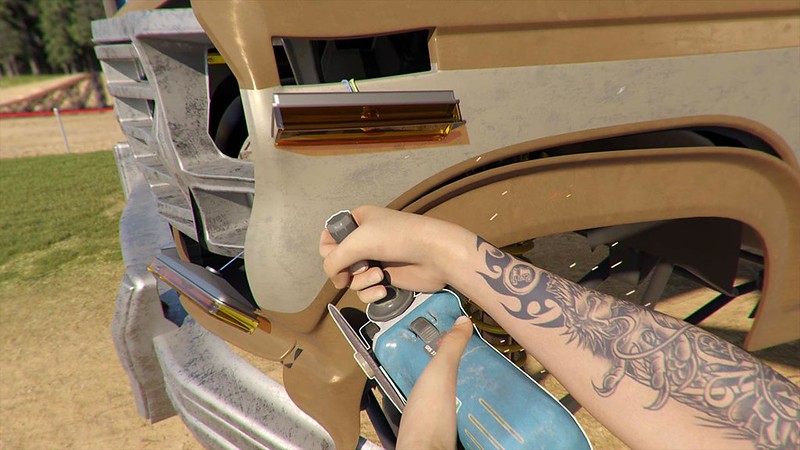 On the up and up, at least the character designs for the women isn’t slathered in ennui or anti-hetero habitude, which has unfortunately permeated the rest of the gaming industry.

You can tell that the idea is to celebrate this culture rather than deride it. Also, there doesn’t appear to be any pozz or degeneracy afoot, and I can definitely get on board with that.

You can keep an eye on Redneck Party or add it to your wishlist by visiting the Steam store page. But keep in mind that the game isn’t due out until late 2021.