Nacon and Big Ant Studios released the first major gameplay video for Tennis World Tour 2, which is due for release in September for the Xbox One, PS4, Nintendo Switch, and on Steam for PC.

Nacon is one of the rare publishers that isn’t on the Traitors of America master list. They know their role and stay in their lane, which is to make engaging games for gamers.

Anyway, the new trailer for Tennis World Tour 2 is available for viewing below, clocking in at just a minute a half.

The gameplay reveal is actually quite informative and entertaining.
R
Unlike some gameplay reveals that mince the actual gameplay mechanics (like Cyberpunk 2077) the trailer goes into depth as to what sort of new mechanics gamers can look forward to, and how Big Ant has improved the overall handling of the racket, volley, and serve systems.

For instance, the new volley system is now based on precision racket handling, which is gauged by a meter that tells you how close to perfect your swing is. This will also determine how fast you return the ball, and whether it will go in the direction you aimed.

Additionally, the new serve system now lets you direct how far to the left or right you can veer the toss, making it easier or harder for your opponent to return the ball to your side of the court. 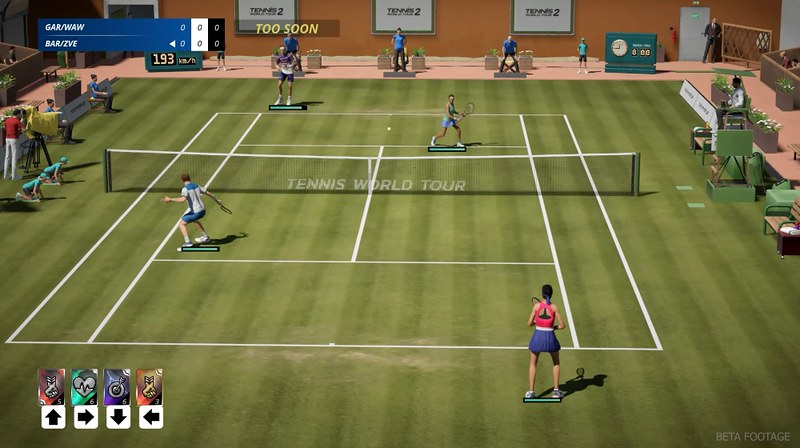 They overhauled the game engine, now supporting double the amount of animations that can be on display per match, and they’ve also added all new game modes, such as the new double match feature that allows up to four players to compete against each other either locally or via online play.

They’ve also added in an all new replay system as well, allowing you to check out whether the judge’s call was correct or not. Too bad you can’t challenge the judges, but otherwise these kind of quality of life features make it a lot more competitive and palatable compared to other tennis games already on the market.

So far I have to say that the gameplay reveal was done quite well. It looks good enough to be a mid-budget sports title, and Big Ant seems intent on following through with improving the game in all the right areas.