A soy-boy complained about the New Mombasa Police nameplate on Twitter and Halo community director, Brian Jarrard, responded to him stating that 343 Industries — a company who is on the Traitors of America Master List —  would address the issue. What did they do to address the issue? They removed the nameplate.

It started back on August 18th, 2020 where a low I.Q., Twitter user going by the handle of Moses FPS asked why 343 added a police nameplate to Halo: The Master Chief Collection for Halo 3: ODST. That’s when Brian Jarrard replied, saying they would address the issue. 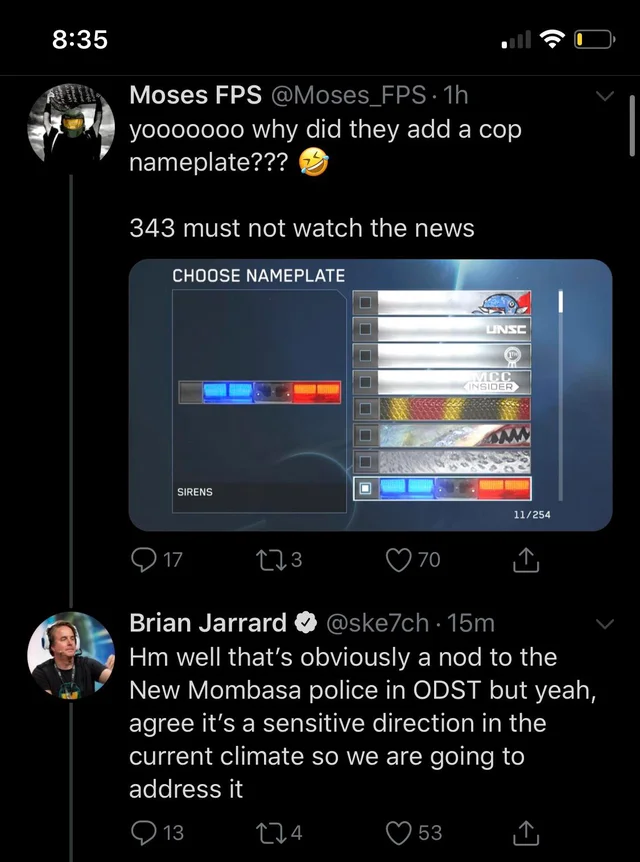 Steam user Crescendoll made a post about the censorship over on the Steam forums on August 21st, 2020.

Crescendoll basically confirmed that the nameplate featuring the police siren of the New Mombasa Police Department had been removed, writing…

“I am in the flight and I can confirm it has already been removed…
Personally, I find pretty stupid to remove something like this, but I wondered what do you guys think. “

Shortly after Crescendoll made the thread, 343 had it locked. 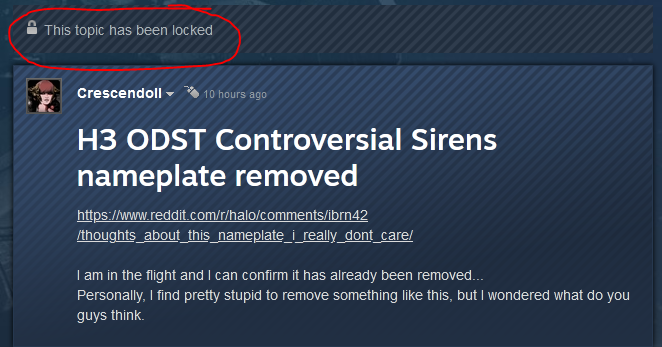 There’s a link to a Reddit thread that points back to when Jarrard was first made aware of it, along with the typical pro-censorship, anti-police, pro-Leftist politics drones that Reddit communities are known for producing defending the removal of the nameplate and trying to justify why Halo should adopt degenerate [current year] sociopolitics.

This is no surprise given that 343 Industries has fully embraced anti-Western beliefs, such as Black Lives Matter and the LGBTQIA+ community’s authoritarian Pride doctrine.

In fact, there are BLM and Pride nameplates in Halo: The Master Chief Collection, but nothing about MAGA, Blue Lives Matter, Straight Pride, or white nationalism. It’s disgusting that they think it’s okay to support domestic terrorist but not America.

At this point you may as well stick a fork in it because Halo is done.

(Thanks for the news tip WittyUserName)