The miHoYo Team announced that the open-air adventure game mirrored after Legend of Zelda: Breath of the Wild, called Genshin Impact, will be arriving on PC, Android and iOS starting September 28th, 2020 at the end of next month.

The PS4 release date hasn’t been set yet, but the game has been undergoing various PS4 beta tests throughout the spring, from March up through July. I’m sure once they get everything settled logistically, the PS4 release date will be revealed for Genshin Impact.

As for the game itself, it’s just like Breath of the Wild as far as gameplay is concerned. You have the ability to engage enemies using melee or ranged attacks, as well as magic and items. You can traverse the open-world using gliders and other forms of transport, as well as take on quests in the evolving open-world.

The big difference between Breath of the Wild and Genshin Impact is that instead of playing as a single character, you have access to four different characters, each with their own personality, quirks, and special abilities.

It’s a bit of a shame that this game is headed to PC and PS4 but not the Nintendo Switch. I’m sure some people will use the excuse “But the Switch isn’t powerful enough!” while completely ignoring the fact that Genshin Impact is also releasing on iOS and Android devices. So if it can run on an iPhone and Android it can run on a Switch. 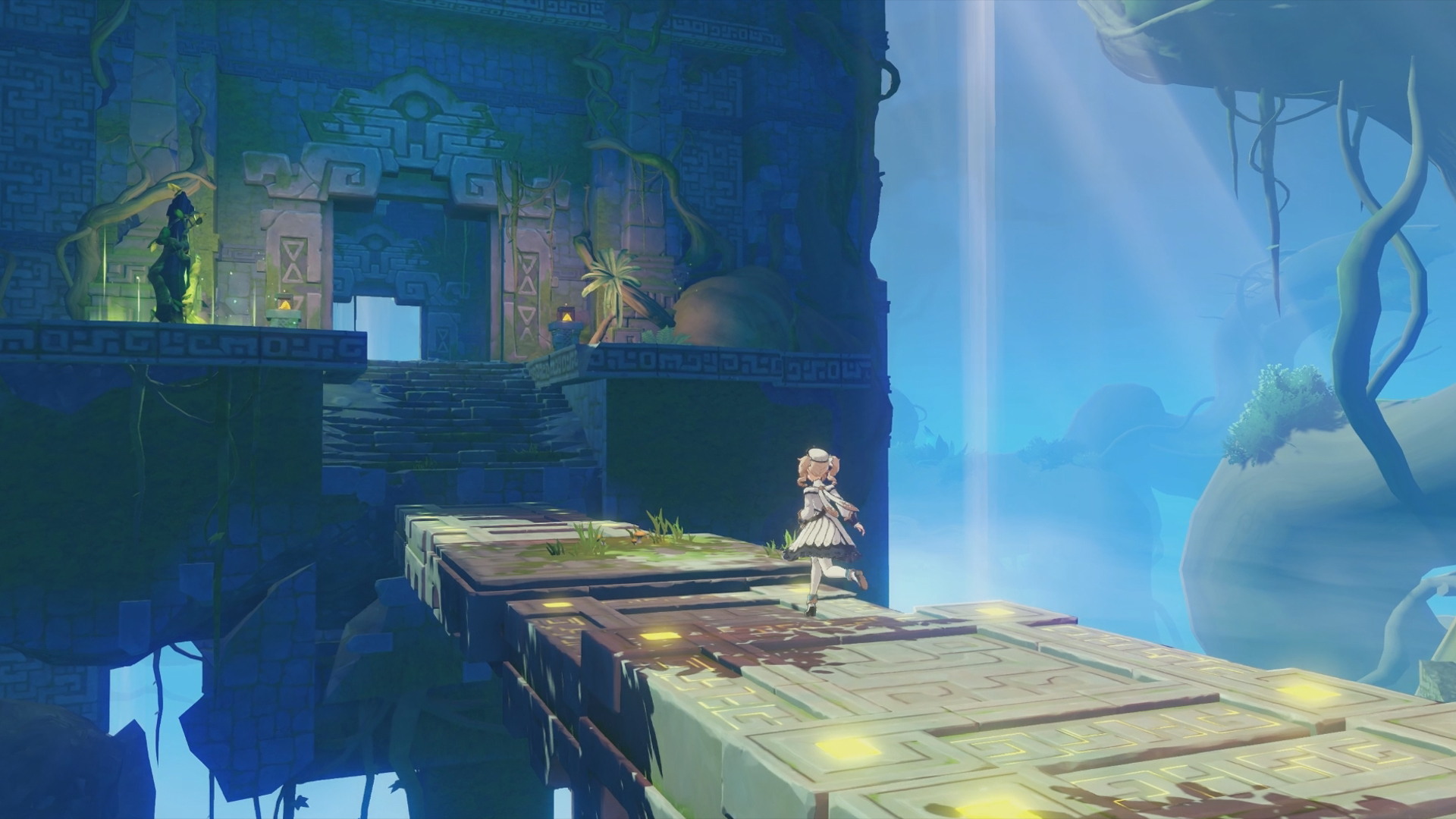 Anyway, I love the game’s visuals and thematic presentation. It looks gorgeous and it appears to contain a lot more depth to its combat and mechanics than what was present in Breath of the Wild. Hopefully it plays as well as it looks.

PC, Android and iOS gamers will find out just how well this Chinese-made adventure game will handle when it releases on September 28th this fall.