Tour de France has joined professional darts and Formula One racing in nixing the presence of podium girls. Well, technically one girl will stay but the other is being replaced with a dude, and they’ll no longer double-kiss the winner of that leg of the race during the Tour de France.

“We’ve been used to having the riders on the podium assisted by two hostesses. Now, things are going to be different, using only one élu [local dignitary] and one jersey partner, as well as one hostess and one host, for the first time.”

In the Europe 1 article they point to a 2019 petition that garnered 38,000 signatures stating that the Tour de France needed to nix podium hostesses for good because they weren’t “rewards”. 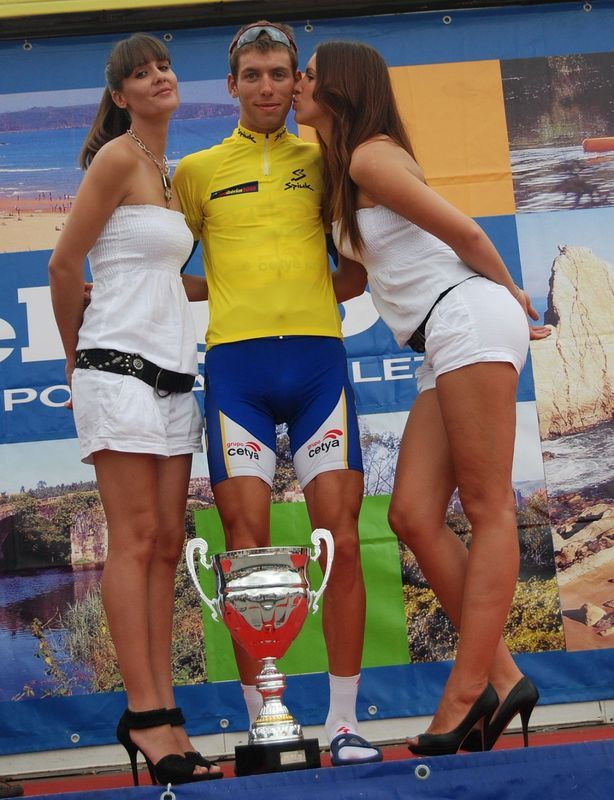 “For several years, voices have been raised regularly to demand the end of podium hostesses. A petition in 2019 even collected nearly 38,000 signatures, believing that women ‘are not objects, not rewards’”.

The Cycling News article also explains that there will be fewer people on the podium altogether as a way to employ social distancing in result of COVID-19.

The article explains that instead of having five dignitaries on the podium alongside the winner of that stage of the race, there will now only be two.

I wouldn’t be surprised if a few years from now they get rid of the podium girl and just have a single dude up there to give the rider their prize.

It’s hilarious seeing beautiful women being put out of work by ugly women and misogynistic Liberals, but we live in Clown World where it’s a crime to get paid to stand on stage and look pretty.